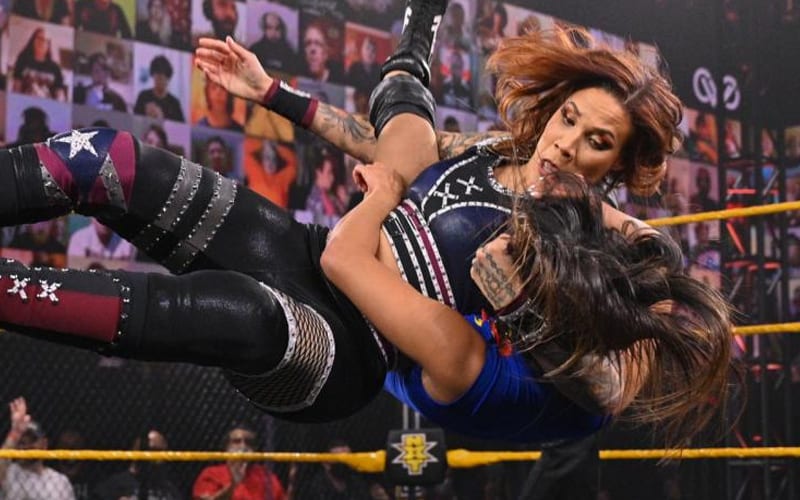 WWE NXT emanated from the Capital Wrestling Center this week, and they set the stage for New Year’s Evil next week. There was also a debut that some might have missed.

Valentina Feroz this week in a losing effort to Mercedes Martinez. This match will not be her last, and she made that very clear in a tweet that, when translated from Portuguese, says:

I will not stop, the road is too long I will continue, even in the midst of struggles I’m not alone

Valentina Feroz signed with eariler this year, and this was her first appearance on the black and gold brand’s weekly television show. We’ll have to see what’s in the future for her after taking such a beating from Mercedes Martinez this week.