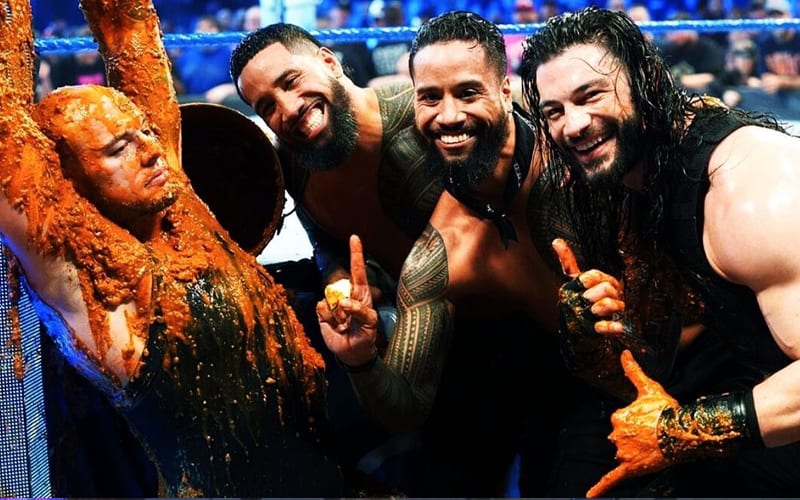 WWE produced a lot of content in 2020, and not all of it was well received. What topped the rest in terms of most disliked?

Forbes recently wrote up a piece on the top 10 most disliked moments from WWE this year. This was determined by YouTube dislikes on the videos.

Number one went to Goldberg beating Bray Wyatt for the WWE Universal Title at WWE Super ShowDown. 37,000 people smashed the thumbs down button on that. The second-most disliked video also included Goldberg as Roman Reigns emerged as his next challenger. That video received 14,000 dislikes.

It was a year full of controversy, and some fans voiced their opinions through YouTube. We’re all hoping for a better 2021, in terms of WWE and the rest of the world.