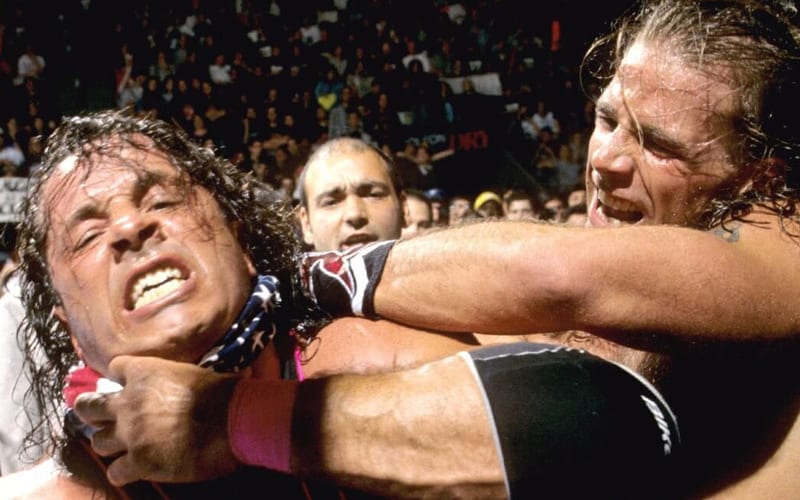 Shawn Michaels and Bret Hart’s feud is legendary and it took decades to really patch up. There was a time when it was so heated that the two WWE Hall of Famers brawled backstage for real.

During Grilling JR, Jim Ross told a story about that backstage brawl. He didn’t see it first-hand, but he did see the clumps of hair in The Hitman’s hand.

“I got there about 30 seconds after it ended. I remember Shawn lost a lot of hair. Bret was ripping and tearing anything you could get a hold of. [Jerry] Lawler was in there, Patterson was in there. I think they took Patterson down. Patterson was trying to separate them and they all went tumbling down. But nobody really got hurt. It wasn’t a fight that saw teeth knocked out and broken noses and eyes swelled shut and things of that nature.”

The brawl was broken up, and Shawn Michaels left the building. Bret Hart stuck around the locker room after it was over, but it could have been much worse.

“It didn’t get that to extreme, but it was intense. And then the aftermath – I think Shawn wanted to go home, and Bret still hung around.”

Bret Hart and Shawn Michaels had a lot of competition backstage. There was also an issue where HBK told Hart that he would never put him over. That rubbed The Hitman the wrong way and it was one of the seeds that eventually grew into the Montreal Screwjob.

Thanks to WrestlingHeadlines for the quote