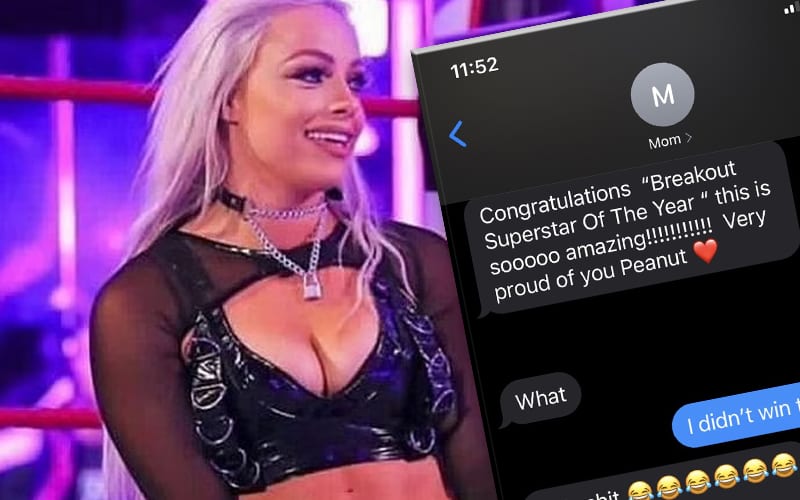 Liv Morgan has a very supportive mother, but she didn’t keep up with the Slammy Awards this year. She thought her daughter won Breakout Superstar of the Year, but Morgan wasn’t even nominated.

Morgan revealed a text communication with her mother recently, and this was quite an interaction. Her mom congratulated her for an award she wasn’t even nominated for. Then Liv Morgan had to break the news to her mother.

The Riott Squad member had to then tell her mother not to believe “every edit someone makes” of her. She has a lot of fans who are talented at Photoshop. Some of them weren’t happy that Morgan was snubbed at the Slammys. One of those graphics apparently made its way to Liv Morgan’s mother.

Natalya can relate to this. She replied saying, “This cracks me up! This is just like my mom.”

Liv Morgan’s “Liv Forever” documentary told the story of WWE changing their plans and breaking promises to her. That got a bit of heat, but it didn’t earn Liv Morgan a nomination for Breakout Superstar of the Year.