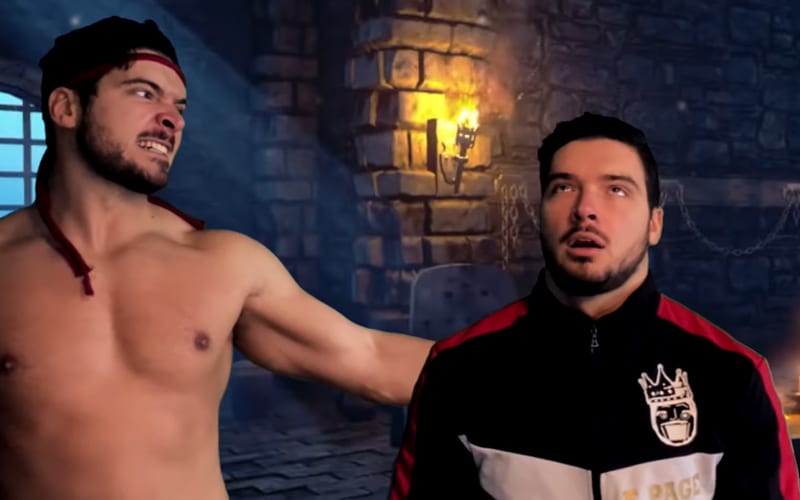 The epic battle between Ethan Page and Karate Man finally took place. If Page lost this contest against Karate Man, he would lose all rights to sell his merchandise. That war ended with Page on the losing end.

“The Invitation Part 2” aired today after much fanfare. Ethan Page accepted the challenge to face Karate Man, and after an 8-minute battle complete with plenty of special effects magic, Page lost. He must now remove all of his merchandise from Played By Julian.

Ethan Page’s Impact Wrestling contract is up on January 1st. This is a very interesting situation because WWE typically makes anyone signing with them take down their merchandise on other stores. AEW could also be in the picture.

Page confirmed that he was speaking to other pro wrestling companies, something Impact Wrestling granted him permission to do while still under contract.

Played By Julian was the home for Ethan Page’s merchandise, and fans only have a few days left before it’s all gone. It was also very specific to say that “Ethan Page” merchandise will be pulled, but Karate Man also has merchandise on the store.

This also might be a brilliant tactic to sell merchandise. We’ll just have to see what’s in the cards for Ethan Page in 2021.