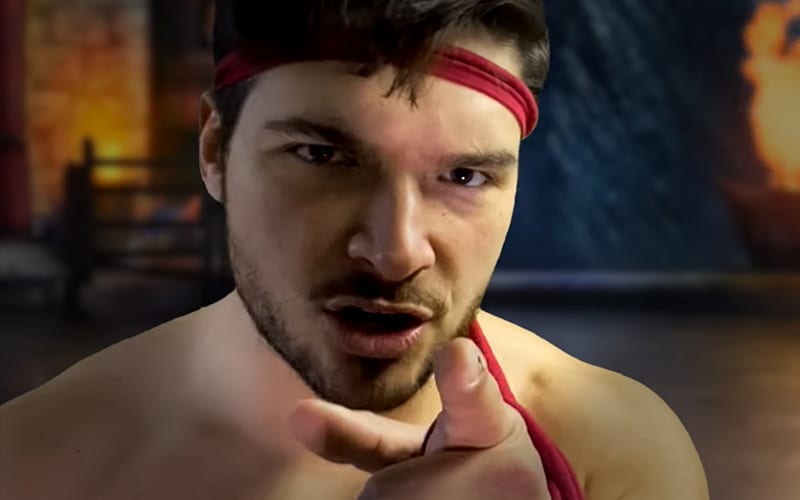 Ethan Page’s current contract situation is a big question right now. His Impact Wrestling deal is up on January 1st, and it’s unclear where he will sign next. He received a big challenge while fans wait for his next decision.

During Ethan Page’s most recent Vlog, The Karate Man showed up. The man who “died 1,000 deaths, but will never perish” challenged Page to a battle with a lot on the line.

While powerlifting an entire tree, The Karate Man laid down a challenge to Ethan Page. The two will fight on January 30th and there is a big stipulation attached. If Page wins, then he can continue selling Karate Man merchandise. If the Karate Man wins, then Ethan Page must take all of the merchandise off his online store.

When WWE signs a talent, they usually take all of their merchandise down. AEW doesn’t seem to be as strict, but they also have a very fine deal with Pro Wrestling Tees. We’ll have to see what happens, but Ethan Page has certainly made this situation interesting.