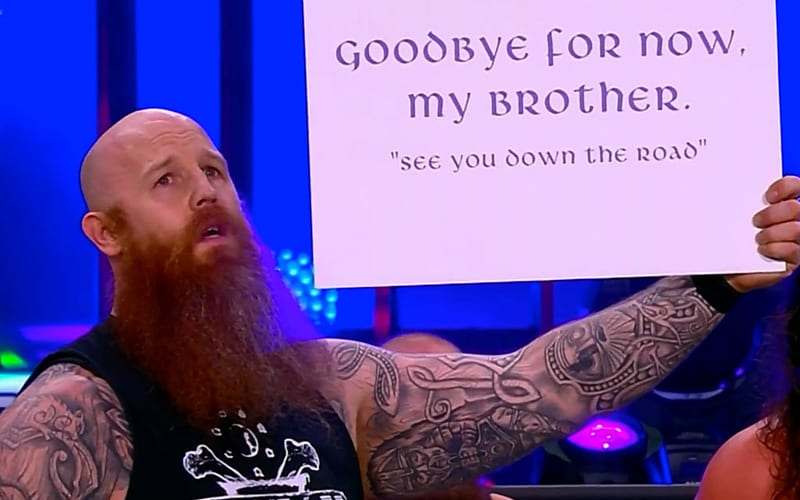 Erick Rowan and Luke Harper spent years tagging with each other. AEW dedicated the entire episode of Dynamite to Brodie Lee’s memory, and his old friend couldn’t miss the show.

The Dark Order vs Inner Circle started to break down as Wardlow got involved. Suddenly, Erick Rowan ran out to chase Wardlow off.

Rowan was only on screen for a moment, and Chris Jericho yelled that “he doesn’t even work here!” They even mentioned the Bludgeon Brothers, but not the Wyatt Family.

After the Dark Order won, Rowan came back out to the ring and he held up a sign that said “Good for now my brother, I’ll see you down the road.” Rowan was crying, and he wasn’t alone.

This appearance for Erick Rowan was just a one-off deal for now. You never know what can happen next. Rowan was released from WWE on April 15th. Tonight, was about Brodie.