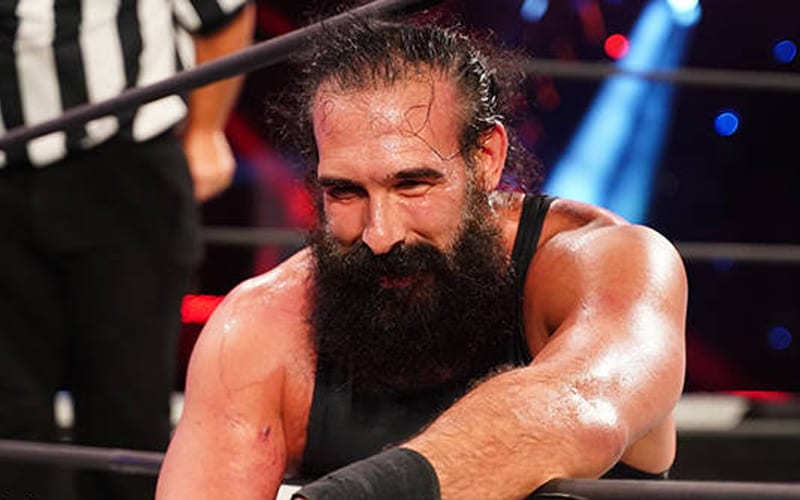 Brodie Lee passed away on Saturday, December 26th. He was 41-years-old and the pro wrestling world mourned his loss. He actually gained ownership of his name days before his death.

According to Heel By Nature, Brodie Lee’s trademark on his own name came through the United States Patent and Trademark Office on December 22nd. He was granted this trademark for use in wrestling and merchandising.

The trademark was originally filed on November 26th, 2019. He first started using the name in 2003.

At the time Brodie Lee registered the trademark, he was still employed by WWE and using the name Luke Harper professionally.

Brodie Lee trademarking his own ring name was a big sign that he was on his way out of WWE. He publicly requested his WWE release in April, 2019, but WWE kept him under contract. WWE also extended Brodie Lee’s contract, only releasing him when he deal was set to expire in a matter of weeks.