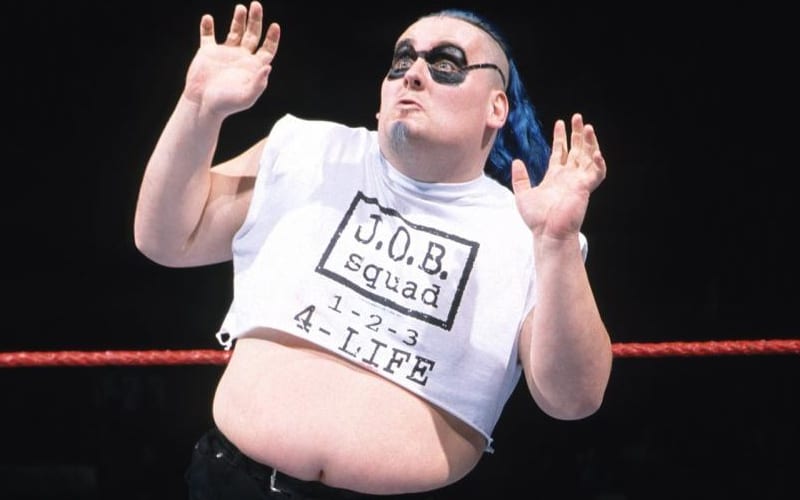 Brodie Lee passed away after a lung ailment that was not COVID-19 related. The pro wrestling world mourned his loss in massive fashion. He was an amazing human being, gone too soon. The Blue Meanie took this time to disclose his own health issues.

Blue Meanie posted multiple tweets where he revealed that he had a terrible lung issue himself. Some had questions about Brodie Lee’s passing, but Blue Meanie can attest to how sudden issues can arise. You can read his detailed account below.

“If I could put something into perspective from my own experience. The death of Brodie Lee is a tragedy considering how young and sudden his passing was. His [wife] has stated he passed that he died from a ‘non COVID lung issue’. Again. Due to the suddenness of his passing and with the pandemic peoples antennas are hyper focused on COVID though we’ve been told the contrary.”

“In March 2006 I went to bed feeling great and woke up with 100+ degree fever that I thought was just the flu. Stupidly I tried to ride it out. A doctor’s visit would turn into an emergency room visit and what I thought was the flu was something called an empyema.”

“An empyema a bacterial infection in which condition in which pus gathers in the area between the lungs and the inner surface of the chest wall. In the course of two weeks I went from feeling great to having part of my lung removed and drained.

Similarly I kept it quiet except for a few friends which lead to a retrospectively hilarious situation in which Mrs. Meanie called to tell Al Snow I was in bad shape NOT realizing the date was April 1. So I was laid up, kept it amongst friends and thankfully pulled through.

I dunno what Brodie died from. If the family wants to keep it private it’s their right. Are fans wrong for wondering what it is? No. But again let’s respect their privacy as they begin to pick up the pieces and somehow try to heal over the unimaginable. Not every lung issue is COVID. Not everything is a conspiracy. Rest in Peace Jon aka Brodie Lee. You’re legacy was an awesome one. My heart goes out to the family.”

Brodie Lee did not pass away because of COVID-19. It was something different, and his family has the right to keep whatever they want private. His loss was a great one, and he will never be forgotten.