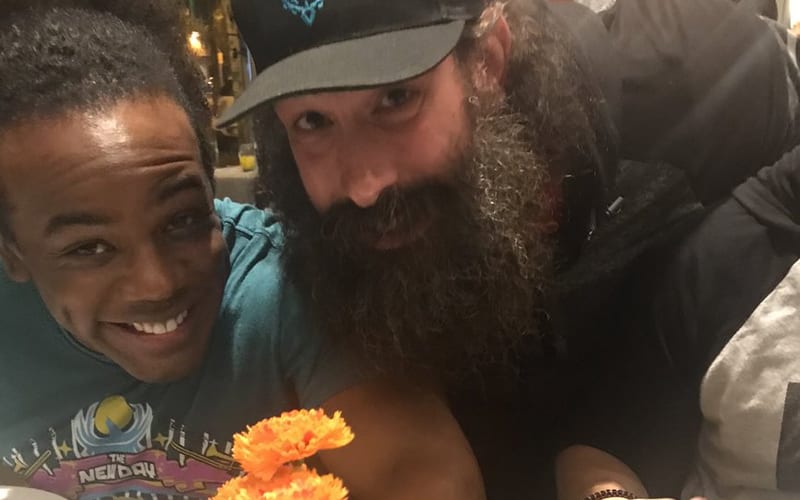 Becky Lynch had a bunch of photos on her phone from her many trips with WWE. One of those photos meant the world to Xavier Woods, and he is very happy that she sent it to him.

Brodie Lee passed away, and his memory is being celebrated throughout the pro wrestling world. He was an amazing friend, father, and husband. Woods will never forget the time he spent with Brodie Lee, and that includes a WWE stop in Barcelona.

The New Day member tweeted out a photo that Becky Lynch sent him of himself and Brodie Lee. He forgot about that photo, but upon seeing it the memories came flooding back to him.

So many people have pictures I completely forgot about. @BeckyLynchWWE sent me this from when we were in Barcelona. This one puts a smile on my face.

I can vouch! They looked disgusting but smelled of dryer sheets

Brodie Lee’s passing was a terrible event, and the stories will keep coming about the amazing impact he had on so many. Xavier Woods will never forget his friend, and receiving that photo from Becky Lynch certainly brought back a memory that he won’t forget again.