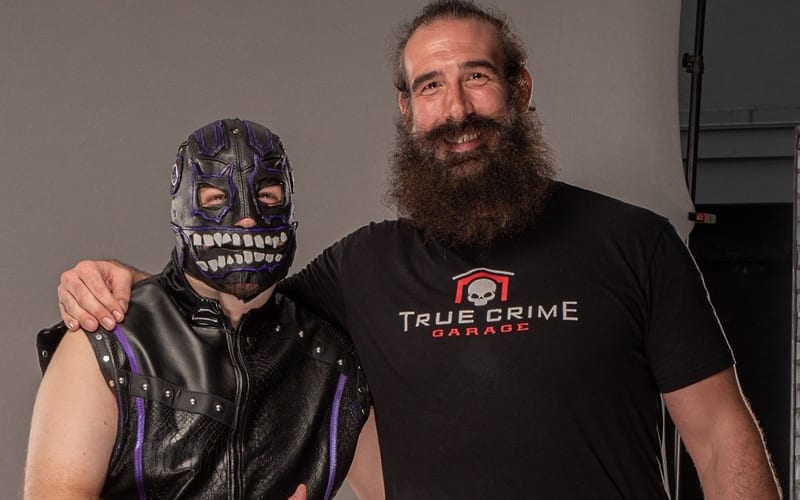 Brodie Lee passed away and the Dark Order lost their leader. Evil Uno no longer has an Exalted One to lean on, and he misses his old friend dearly.

Evil Uno dropped a heartfelt message for Brodie Lee. They first met in 2007 and shared many locker rooms, notably in CHIKADA and CZW. Everyone knew that Brodie Lee was going to be a “big deal,” even early in his career.

Uno said that Brodie Lee lit up any ring he stepped in, and he was such an honest and funny person. When he signed with WWE, everyone was happy for him because he deserved it.

The two grew distant while Brodie Lee was in WWE, but they would still text each other. Brodie Lee cared about the lives of those he knew on the indie wrestling scene. He was always thinking about others.

Brodie Lee could have been a singles star in AEW, but he wanted to be in the Dark Order to help those members. He was always giving back.

Evil Uno said that his time reconnecting with Brodie Lee was “the happiest I had been in my 17 years of wrestling” because it was like his older brother was back. Brodie Lee’s love for pro wrestling and for his family was evident in everything he did. He will be missed by so many, and for a variety of reasons, all incredibly important.

You can read Evil Uno’s entire statement below.