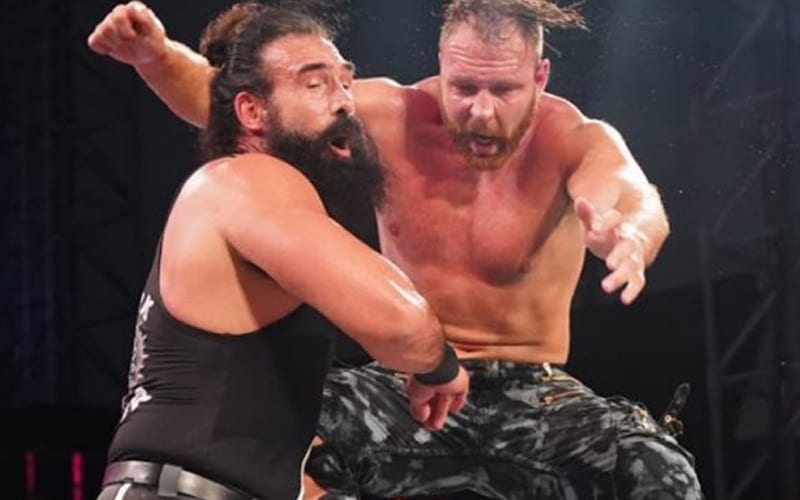 Brodie Lee’s passing hit the entire pro wrestling industry in a huge way. Many are remembering the man, especially those who worked with him. Jon Moxley tangled with Brodie Lee throughout most of his career at different times.

Sports Illustrated recently spoke to Jon Moxley where he revealed his feelings after Brodie Lee’s passing. Moxley said he is “f*cking numb” after the devastating news.

“It doesn’t feel real. It feels like I’m in a very vivid dream and I’m waiting to snap out of it. My brain hasn’t accepted it yet. Right now, I’m completely f*cking numb.”

Tony Khan asked Jon Moxley what he thought about bringing Brodie Lee into AEW. He received a glowing recommendation.

“The first night we wrestled each other, we shared a hotel room together later that night. That was over a decade ago. He was an incredible person. While so many of us would be all hot about some wrestling angle, he would find a way to turn negatives into a positive or an inside joke. He was the exact person you wanted in the locker room. I was so glad to be around him again in AEW.

“And we wrestled so many times. Whether it was on the indies, in The Shield–Wyatt war, six-mans on house shows and European tours, it felt like we were always together. When Tony Khan asked me about Brodie in AEW, I said, ‘Hell yeah, I want that match.’ We could wrestle each other in our sleep. He was so f*cking good.”

Seth Rollins, Moxley’s former Shield Brother also stated it’s impossible to think about Brodie Lee without laughing. He was a great man to be around, and so many are speaking about his memory today. Moxley and Brodie had some battles in the ring, and sadly they will not have any more.