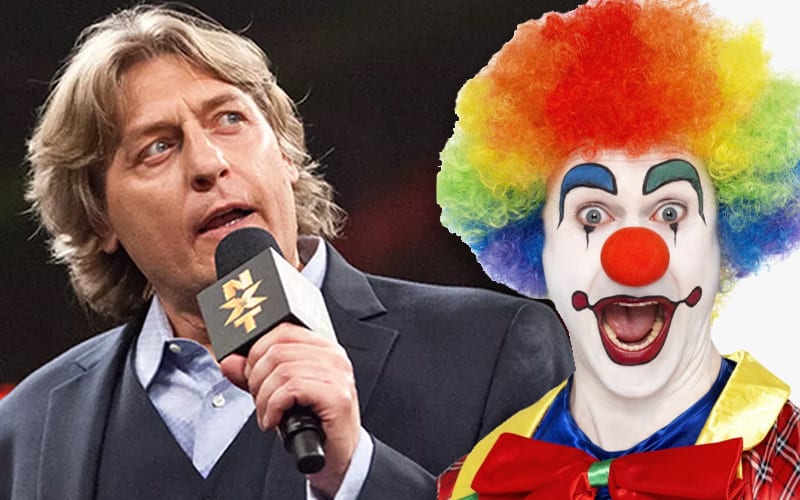 William Regal is a respected pro wrestler and General Manager of NXT. He almost became a clown and took a much different path in entertainment.

While speaking to the Swerve City Podcast, William Regal revealed that he had aspirations of becoming a clown. He wanted to do that or become a pro wrestler. Obviously, he decided to go down the more physical of the two career choices.

“I can’t honestly think of anytime when I didn’t say that’s what I want to do for a living. It was three things.  I wanted to be either a wrestler, a clown or a comedian. And that was it. And I’ve always thought that I got to do all three doing this…. I’ve absolutely thrived on doing [comedy] because I was somehow gonna get into that world. Wrestling being number one, but I didn’t know if I had the ability or didn’t know how to do it. But I knew I was gonna try and get into some kind of world.”

“[I] knew that real life wasn’t for me. So this wrestling or this comedy or this whatever, I’m gonna figure out a way and get into it.”

The pro wrestling world would be much different if William Regal decided to become a clown instead. All things considered, Regal is probably happy with his decision. There would be nobody to yell “WarGames” if he didn’t become a pro wrestler..