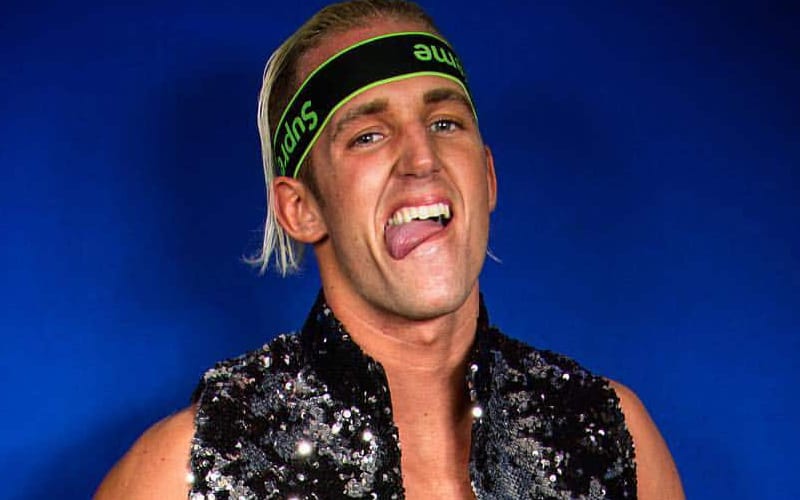 Original: AEW recently came under fire when Rip Rogers called the company out for underpaying Dylan Bostic. Now Bostic is telling his own story.

Bostic released a statement about his time with AEW. He made it clear that he was paid $200 for coming into the Washington DC taping, but that was not the case for his other appearaces.

He went on to say that he worked the Indianapolis and Champaign television tapings. He carried Darby Allin out to the ring in a body bag in Indianapolis. Then he was paid $80 for each night, cutting him $120 without warning.

“In 2019 I was at the first ever AEW taping in Washington, DC. That night I didn’t do anything other than hang out. I was paid $200. I was then at the tapings in Indianapolis and Champagne. In Indianapolis I walked Darby out in a body bag on TV and I also let all of the extras borrow my clothes to walk Darby out so AEW wouldn’t have to go out and buy everyone clothes. In Champaign I had to take a bunch of bumps before the show. I was paid $80 for each night in Indianapolis and Champaign. They cut my pay $120 for each night with no warning or communication to me.”

It is also alleged that he was disrespected by two backstage producers and treated like he shouldn’t be there. Dylan Bostic made it clear that he didn’t stick up for himself because he was invited by someone he loves and respects.

He didn’t care so much about AEW cutting his pay 60%, but disrespecting him wasn’t okay at all.

You can read his entire statement below.

wpDiscuz
34
0
Would love your thoughts, please comment.x
()
x
| Reply
Report this comment
You are going to send email to
Move Comment