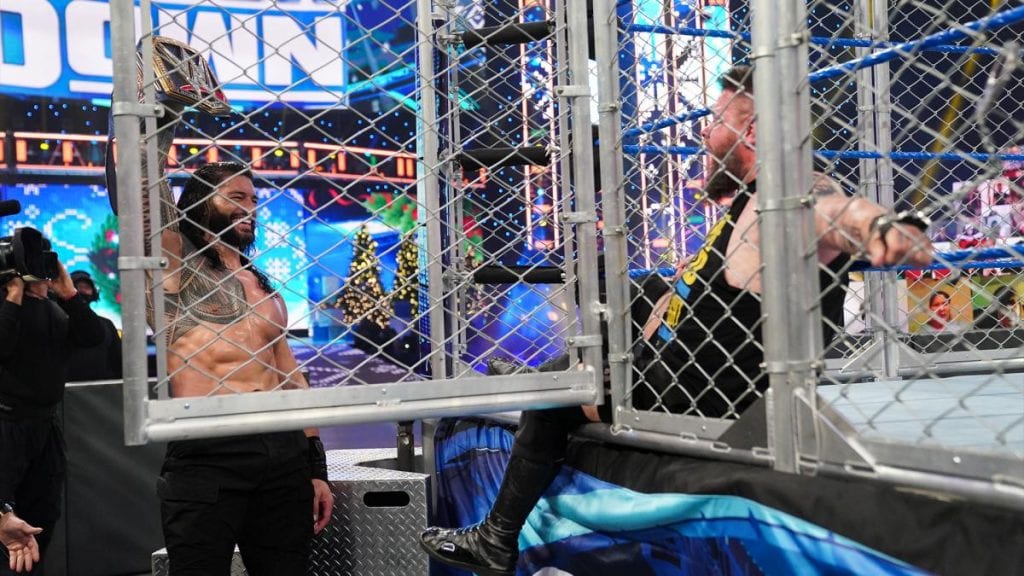 As seen on this week’s Christmas episode of Friday Night Smackdown, Kevin Owens challenged Roman Reigns for the WWE Universal Championship in a steel cage match.

Kevin Owens did his best in order to come out on top and win the match. However, Owens was unable to win due to Jey Uso interfering in the match. Uso handcuffed Owens to the steel cage, which helped Roman Reigns walk out of the steel cage and retain his title.

It was certainly not the result Owens wanted, but it seems he did not let it keep him down.

After his loss, Kevin Owens took to Twitter and commented on the match. The former Universal Champion posted a picture of his family and said that he gave it his all at both WWE TLC and the steel cage match.

Owens added that he will keep giving his all until there is nothing left. Owens then said that he is right where he belongs and could not be happier.

I gave it my all at TLC, gave it my all in the cage and I will keep doing so until there’s nothing left. Fight hard enough for long enough and something good has to happen. Right now, I’m right where I belong and I couldn’t be happier. From my family to yours, Happy Holidays!

With Kevin Owens’ feud with Roman Reigns coming to an end, we will have to see what is next in store for The Prizefighter.