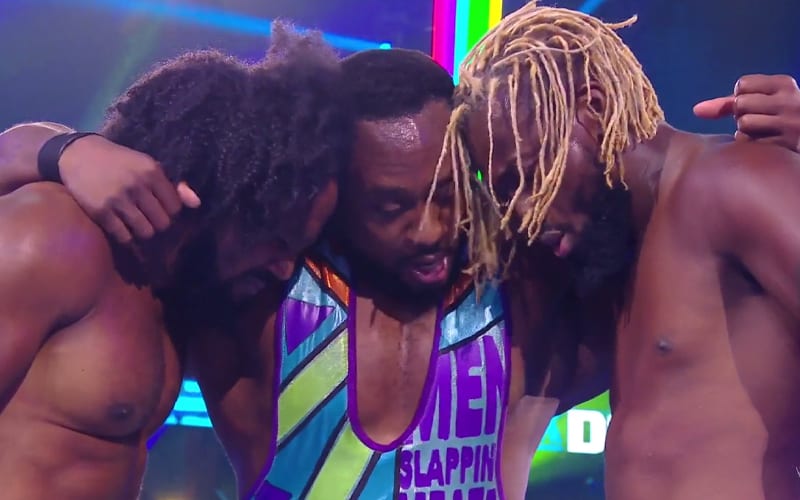 As seen on the latest episode of Friday Night Smackdown, Big E faced off against Sami Zayn for the Intercontinental Title in a lumberjack match.

Big E went on to beat Zayn for the title and the show ended with him celebrating with the lumberjacks inside the ring.

Fans and Superstars alike were elated at Big E’s triumphant victory. This includes his New Day brethren Kofi Kingston and Xavier Woods. Both of them took to Twitter and celebrated Big E’s massive win.

Kofi Kingston posted a GIF of a man dancing, expressing just how happy he was at Big E becoming the Intercontinental Champion. He had the following caption:

When you fall asleep with the kids, then wake up to find out that your brother won the IC Championship…. Congrats @WWEBigE!

Xavier Woods also took to Twitter and posted a GIF of all three members of The New Day together, while announcing that Big E is the new champion.

Big E himself also had something hilarious to say about his title win in an exclusive backstage WWE interview.

Big E’s next opponent has already been revealed by WWE.