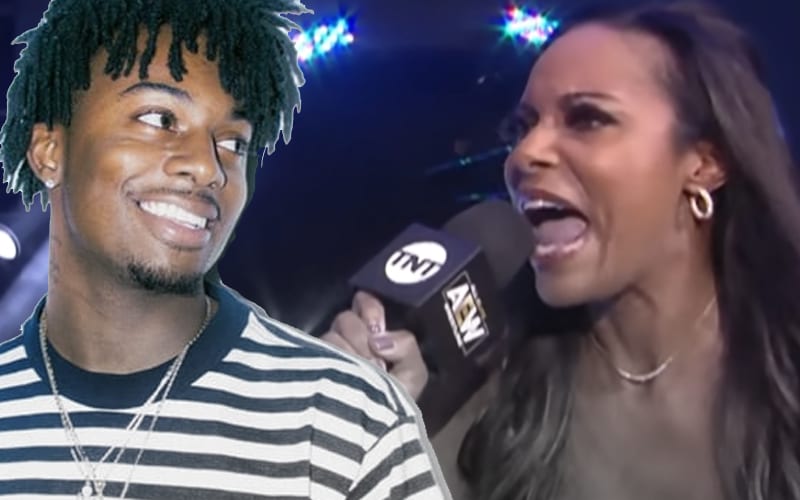 Brandi Rhodes is celebrating Christmas as a soon-t0-be-mother, but her Twitter mentions apparently started blowing up over a story that had nothing to do with her. She had to set the record straight for the sake of her timeline.

Things are getting very messy in Iggy Azalea’s relationship with Playboi Carti. She jumped on Twitter and aired out some serious dirty laundry on Christmas day. Playboi Carti still refuses to sign their baby’s birth certificate. His side chick Brandi was also called out in the process.

Brandi Rhodes had to log onto Twitter and send out a tweet about this situation. Some people apparently think she’s the Brandi, but that’s not the case at all.

OMG you guys have the wrong Brandi! I’m not the Iggy Azalea Brandi I’m the pleasantly round pregnant with my 1st baby after 7 years of marriage Brandi. I promise I’m wholesome and not stealing anyone’s mans!!! Merry Christmas!!

It’s a good thing that Brandi Rhodes could straighten up this situation. There is more than one Brandi out there, and Brandi Rhodes is not the one in question