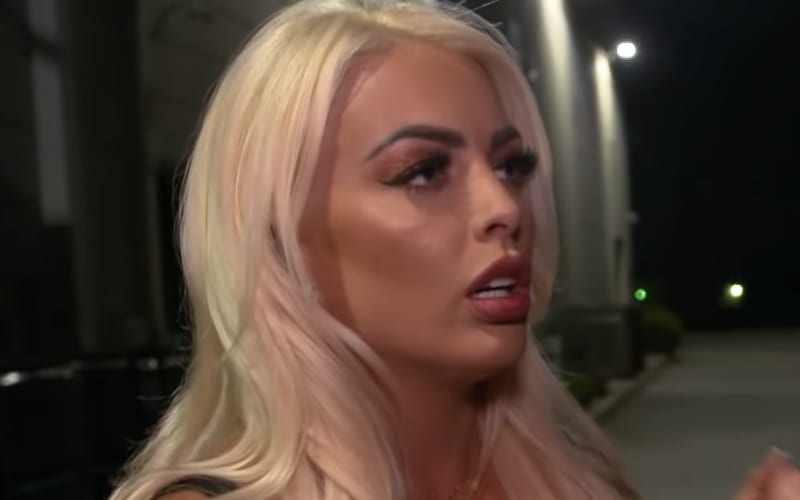 Mandy Rose is a WWE Superstar, known for her hard work. Her family also relies on her in some big ways. She recently disclosed just how much she helps her family during a recent episode of Chasing Glory.

Rose revealed that her brother almost died on Summerslam weekend in 2019. He apparently has substance abuse issues with alcohol. She had to have a very serious conversation with her sibling about his situation, because she can’t be there forever to help. He must also work to improve his own life.

“My brother almost died SummerSlam weekend last year. This was on my mom’s birthday. Since then, it hasn’t been like that; it’s just still the alcohol, and, you know, he’s insecure over what happened. [I tell him] there’s only so much I can do. If you can’t improve yourself, I can’t sit here [and fix it]. It’s like that quote you said earlier about the anchor and how it just keeps taking you down, and everyone’s taking you down. For the last couple of years, I felt like that with my family. I’m like, ‘I can’t do this anymore. I just can’t. I do too much; it’s not fair.'”

Mandy Rose had a big 2020 in WWE, and that allowed her to help her family. It is gratifying for her to give back in such a way. She doesn’t need the help, but it would still be nice if someone asked how she is doing.

“I do a lot of stuff for my dad because he’s done a lot for me and my brothers. But he’s 63, and he’s still working on his feet every day. He’s keeping the deli for his sons to have just in case, you know. My dad is the most generous and selfless man, but I do a lot to try and help him. I realize I’m doing a lot for them, but then I think, ‘Well, who’s doing this for me?’ I don’t need help. But, like, being asked how I’m doing and that support would be nice.”

Mandy Rose recently returned to action after a short hiatus that took her out of Survivor Series. We’ll have to see what 2021 has in store for the Golden Goddess, but she is wrestling for more than just herself. A lot of people rely on Rose in her personal life as well.