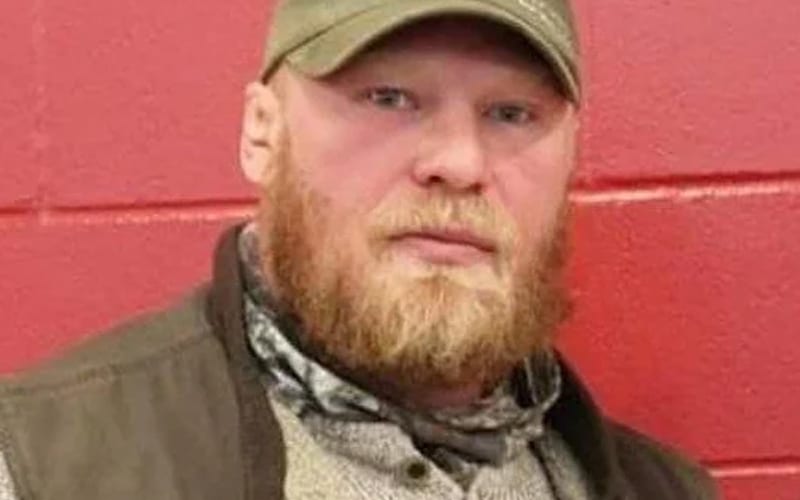 Brock Lesnar is currently no longer a WWE Superstar as his deal with the company expired earlier this year and he did not re-sign afterwards.

Lesnar is known to be an introvert, so he usually keeps his private life to himself and it is rare to see Lesnar anywhere outside of a WWE ring. However, it seems a Reddit user by the name of castejack recently took a photo with The Beast.

In the photo, Lesnar could be seeing sporting a wild looking grizzly beard. Perhaps he decided to keep it as it is winter right now. He keeps himself busy at his farmland in Saskatchewan, Canada, where he is known to fish and hunt.

Lesnar has been absent from WWE television ever since he dropped the WWE Title to Drew McIntyre back at WrestleMania 36.

It was also reported last month that WWE gave up on trademarking Brock Lesnar’s name.

We will have to see if Lesnar decides to return to WWE eventually.