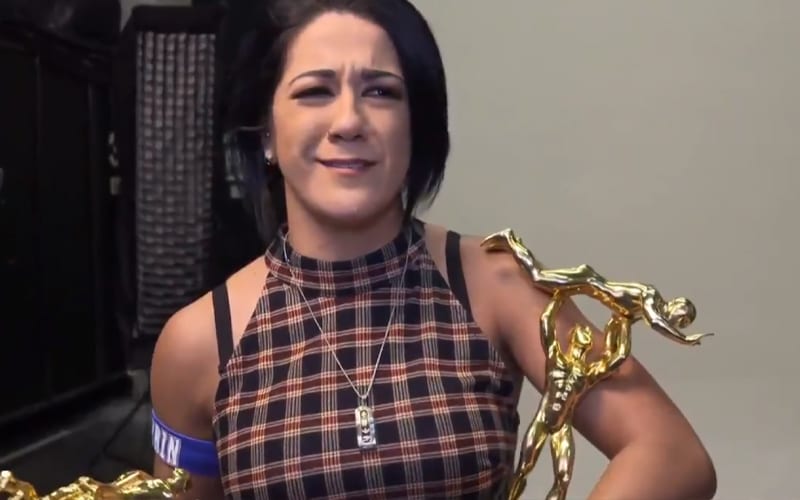 Bayley walked out of the 2020 Slammy Awards with two wins, but she wasn’t happy about the categories.

The former SmackDown Women’s Champion picked up a Slammy for Social Media Superstar of the Year and Double Cross of the Year. Those Slammys were presented in rapid fashion by hosts of The Bump.

Bayley yelled at fans for not voting for her after she busted her tail in 2020. “I think I was up for six of them, and I didn’t even know that these two either either of them,” she said. Bayley was proud about the Double Cross, but she didn’t seem to care if fans like her tweets.

Before the video ended, Bayley screamed “I hate you all!”

This was quite an acceptance speech, but fans really shouldn’t be surprised to get this kind of reaction from Bayley at this point.