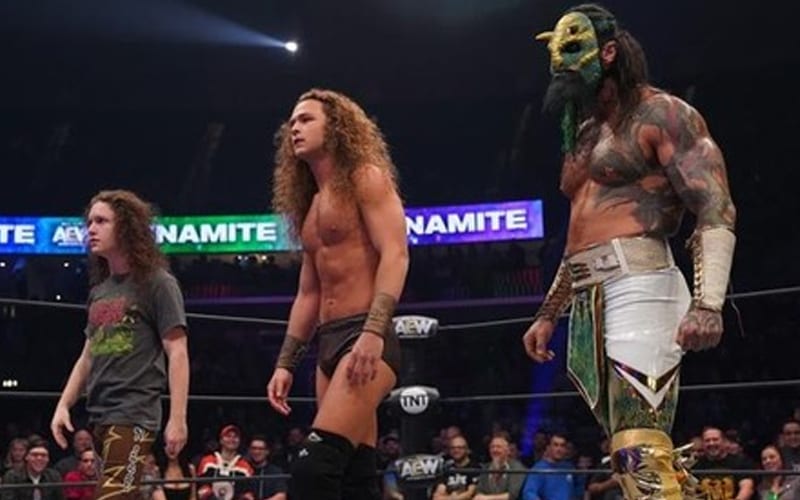 The Jurassic Express is a three-man team in AEW, but the original plan didn’t include three members. The Young Bucks only had their eye on creating a new tag team in the situation.

While speaking to Wrestling Inc, Jungle Boy noted that the Young Bucks and Cody Rhodes made their way to Bar Wrestling on their pre-AEW Dynamite indie tour to hype the upcoming show.

“I had already had the call before that, and originally, I remember the first time I actually met The Bucks. I met Matt [Jackson] and Cody before, but The Bucks and Cody came to Bar Wrestling because they were kind of going around doing a little indie tour.”

“I took this picture with them that was like my announcement picture. But originally, they were telling me that day me and Marko were supposed to be a team. That was the original plan before he [Luchasaurus] was in the mix.”

Luchasaurus wasn’t originally supposed to be a part of the stable, but it ended up working out for the best. AEW got a three-man team out of the situation instead. That could also come in very handy if and when the company introduces trios titles.

Tony Khan previously stated that trios titles are a very good possibility in 2021. We’ll have to see if the Jurassic Express get those titles.