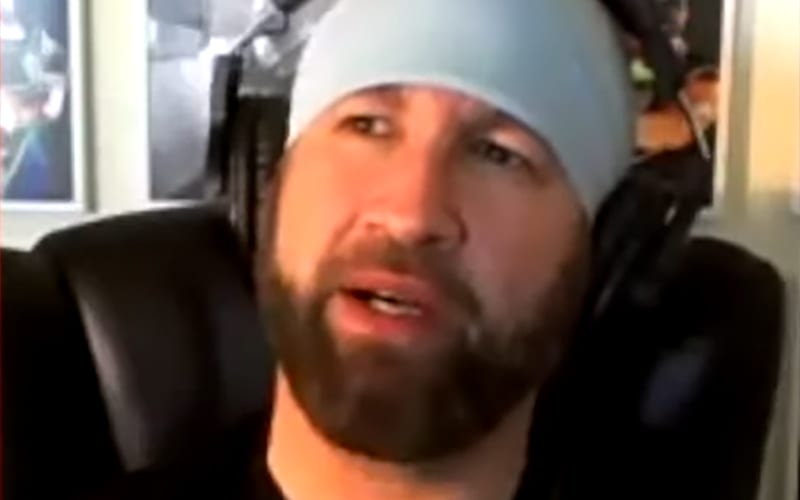 Prior to the COVID-19 pandemic, WWE Superstars had to be on the road for the majority of the year for various house shows and tours. However, those lead to some life-long friendships as Shane Helms would certainly agree.

Helms recently spoke on the Talk’N Shop podcast, where he talked about his life as WWE Superstar. Shane also discussed his experiences while being on the road when he was an active competitor.

Helms revealed how at one time, he, Jonathan Coachman, Christian and Rhyno almost got involved a car accident as Helms simply told Rhyno to stop talking when they were on the road together.

The WWE producer mentioned when he told Rhyno to shut up, everyone in the car started laughing hysterically. Coachman drove them into ongoing traffic and Christian grabbed the steering wheel of the car while everyone was busy laughing. They somehow avoided a car accident.

“The biggest shut the f— up, it was just, ‘Hey man,’ you know, the shut the f—- up, it started with Rhyno in a car, in a car ride with Rhyno because he just kept talking,” said Rhyno. “And we love him, but he just kept going on. And me, [Jonathan Coachman] and  Christian, we always rode together, we were the car.

“And so Rhyno needed to ride with us for a couple weeks because I had like a media day weekend where I had to do some bull—-, so Rhyno jumped in, and the next weekend, he needed a ride, too, so he was there. And everybody loves him, very lovable person, but he was just talk, talk talk the whole time, you know, talking talking, talking. You know, sometimes you just gotta be quiet, you know? And so he’s just over there talking, I said, ‘He, man, I’m supposed to ask you something.’ And he goes, ‘Yeah, what?’ And I go, ‘Would you shut the f— up?’ About that time, Coach had a f—— big red Gatorade in his mouth, and it came out of his nose. ”

“He started laughing, and when it came out of his nose, he swerved over into f—— traffic, and so now Christian’s grabbing the f—— wheel because Coach is dying up there, and we’re all literally laughing, like Rhyno’s laughing too, he’s a big brother of mine, we’re all dying. So it just became that. How many different ways can you find somebody to shut the f—- up.”

Helms was recently brought back as a WWE producer after he was furloughed by the company in April of this year as part of the COVID-19 budget cuts.

h/t to Wrestle Zone for the quotes.