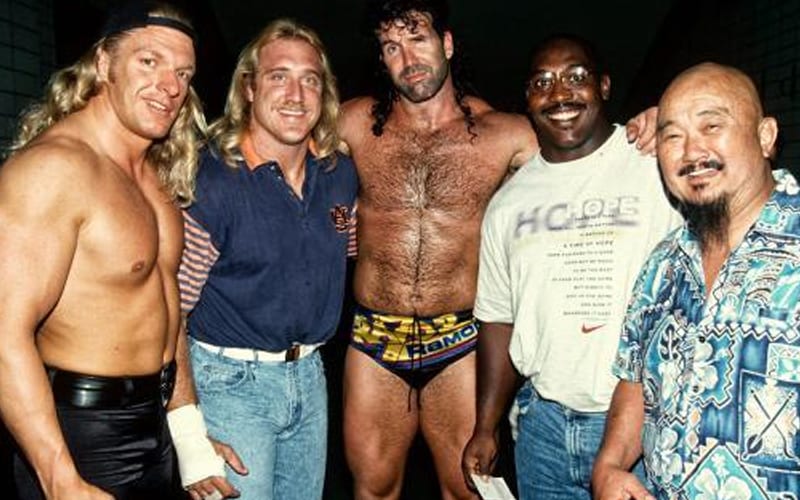 Kevin Greene was known for his playing skills on the gridiron, but pro wrestling fans will always remember his time in WCW. He sadly passed away today at the age of 58-years-old, and the world is mourning his loss.

Mick Foley sent out a heartfelt tweet for Greene upon learning of his passing. He only had one “chance meeting” with Greene at Universal Studios, “where we talked while watching our children play at Fievel‘s playground. He loved his time in wrestling.”

WWE included a short write-up about Green’s contributions to WCW. He didn’t have many appearances, but he certainly made an impact.

Near the end of a career as one of the NFL’s most feared pass rushers, Greene entered the squared circle for WCW. Upon his arrival, Greene teamed with fellow NFL player Steve McMichael and would go on to share the ring with some of the biggest names in sports-entertainment. The Pro Football Hall of Famer teamed with Roddy Piper and Ric Flair against Kevin Nash, Scott Hall and Syxx in a victory at Slamboree in May of 1997. In his last run with WCW, Greene teamed with Goldberg against nWo Black & White.

Kevin Greene stopped appearing for WCW when the NFL started making it a custom to include clauses that forbid players from pro wrestling.

Our thoughts are with Kevin Greene’s family, friends, and fans during this sad time.