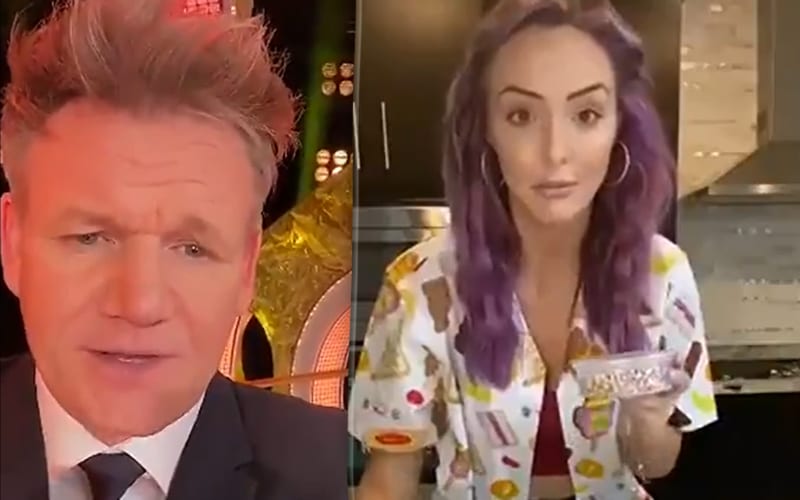 Gordon Ramsay is known for his tough love in the kitchen, and he didn’t hold back at all on Peyton Royce. The former WWE Women’s Tag Team Champion recently tried to show off in the kitchen, but Ramsay saw many flaws in her technique.

The Hell’s Kitchen star recently watched Peyton Royce make something, but we’re not sure what she was going for. Royce buttered some bread and put sprinkles on it before cutting them into halves. Gordon Ramsay didn’t like what she was doing at all.

Ramsay said things like Royce is “off her block” and “girl, you’ve been out of the ring too long you’ve gone all rusty.” That didn’t stop her from having a good time in the kitchen.

WWE posted a side-by-side video that Gordon Ramsay put up on TikTok. This additional exposure for Peyton Royce might just land her on Master Chef.

Billie Kay commented on the video because she absolutely loved watching the Kitchen Nightmares host rip her former partner’s cooking skills. She is also a huge fan of Gordon Ramsay. To be fair, he was much nicer to Royce than he is to contestants on his shows.