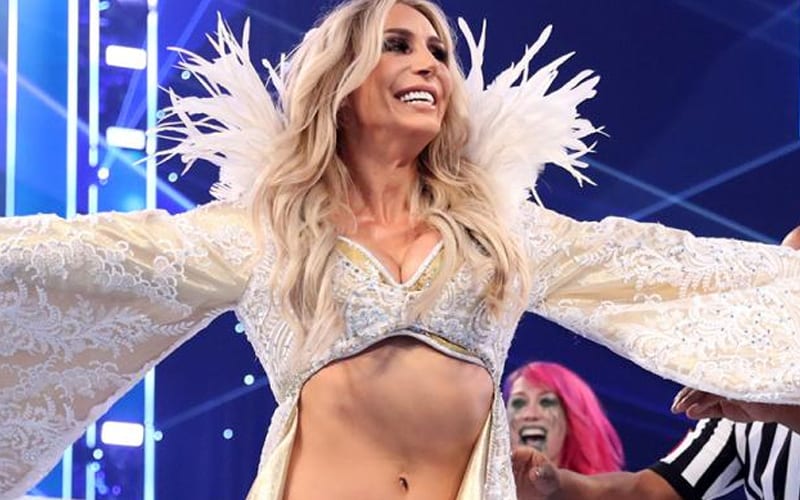 Charlotte Flair was Asuka’s mystery partner at WWE TLC. That resulted with The Queen picking up the WWE Women’s Tag Team Titles, and Asuka became a double champion in the process. Now it seems Flair has a new catchphrase to go with this recent success.

WWE Shop got right to putting out new merchandise for The Queen after her return. They have dropped a new t-shirt and a hoodie so far, both white garments.

Both new pieces of merchandise say “Born To Conquer” on them. This is likely Charlotte Flair’s new catchphrase. It is unclear if The Queen will start using this in her verbiage, but it wouldn’t be surprising to hear on RAW.

Ric Flair, Charlotte’s famous father, was backstage at WWE TLC. He was shown briefly during her match, watching from backstage. He is obviously the reason why Charlotte Flair was “Born To Conquer.” Now that phrase made it on his daughter’s merchandise.

You can check out the new design below.