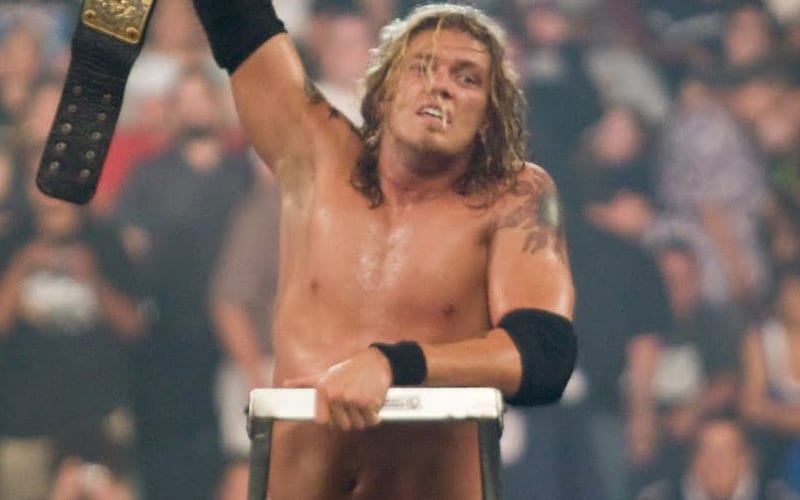 Edge returned to WWE during the 2020 Royal Rumble. He is currently on the mend after a triceps injury, but he watched TLC last night. He is also very happy to stay out of those brutal gimmick matches.

The last time Edge participated in a TLC match, he won the WWE Title for the 10th time. That was a successful match against Kana, Alberto Del Rio, and Rey Mysterio, but he isn’t looking to get in on another one of those weapons-filled contests.

The Rated R Superstar hopped on Twitter to hype TLC. In the process he also revealed that the time in his life for TLC matches is long over.

This is a throwback to the last one I competed in. And let’s be honest, the last one I’ll ever compete in. But it ended well with my 10th world championship. If you had told any of the 6 of us, you know who the other 5 are, that there would be a ppv devoted to a match that our Dr. Frankenstein brains put together, no way we’d believe you. But here we are. To all the talent performing tonight, blow the doors off, and be careful.

Edge will likely be back from his injury soon enough. The last we heard Edge was penciled in to face Randy Orton at WrestleMania. Edge might need to be careful of The Viper. He’s been on quite an unpredictable violent streak recently.