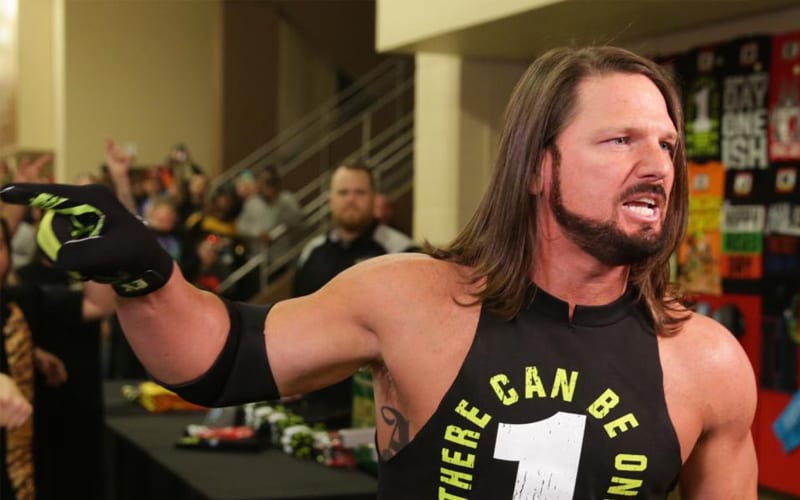 In the first match of the WWE TLC pay-per-view, AJ Styles challenged Drew McIntyre for the WWE Championship in a TLC match at the event.

It was a very brutal match from start to finish as Styles was inches away from becoming the new champion. However, The Miz cashing in his Money In The Bank briefcase during the match prevented Styles from winning the title.

In the end, Drew McIntyre retained his WWE Championship following the very hard-fought match, much to the dismay of AJ Styles.

The Phenomenal One took to Twitter today and reacted to his match at WWE TLC. Styles revealed that after the brutal match, he went to sleep with a lot of bumps, bruises, and cuts.

He then said that everything that transpired at the pay-per-view was entirely The Miz’s fault.

Went to bed last night with a lot of bumps, bruises, cuts (and no @WWE Championship) … but I mean it when I say this about last night at #WWETLC

This is all Miz’s fault.

Following his failure to win the WWE Championship from Drew McIntyre, we wonder what is next in store for AJ Styles. Perhaps he will engage in a feud with The Miz.