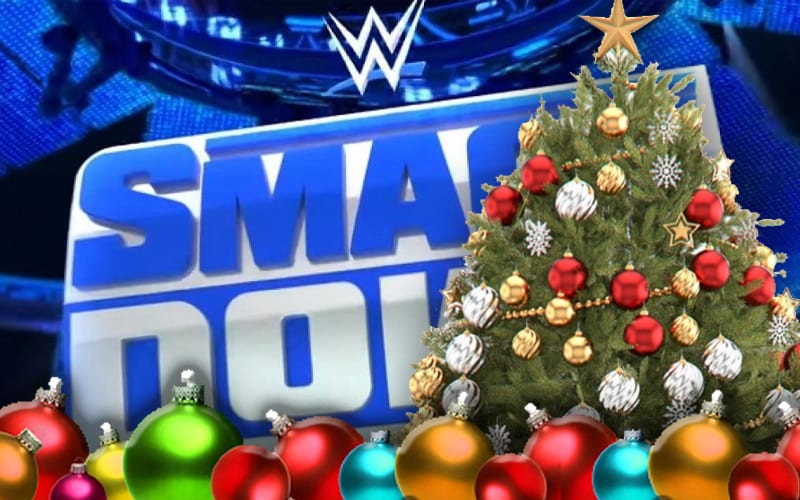 WWE is taping their Christmas episode of SmackDown early. They will record on December 22nd, and fans are invited to participate in the virtual seating around the ring. This is not typical for taped shows.

The company won’t air the episode until December 25th, but fans can now sign up for the December 22nd event. WWE announced open virtual seats toady for the ThunderDome this Tuesday.

Join fans from around the world live on TV! Register now for your virtual seat in the #WWEThunderDome during a special taping of #SmackDown this Tuesday! http://WWEThunderDome.com

Ringside New will have full coverage of Friday Night SmackDown’s special Christmas episode. It should be a big show as the blue brand returns to FOX after a week away on FS1.