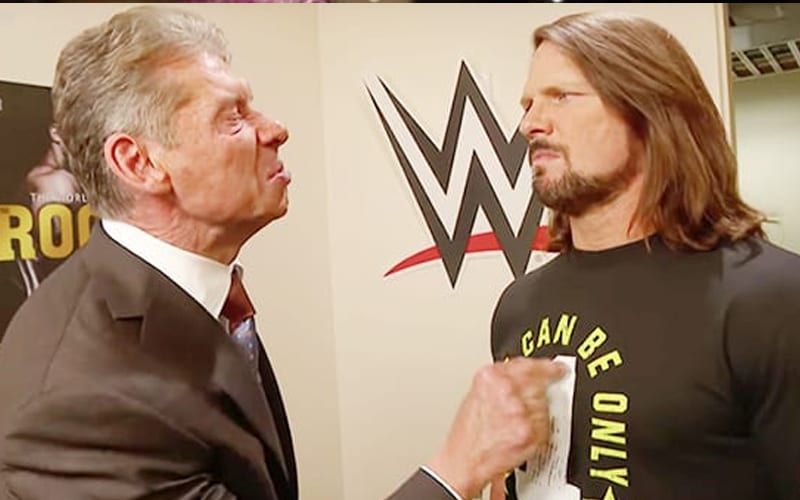 WWE has been in the headlines for all the wrong reasons over the past few months. This is due to them imposing a ban on WWE Superstars earning money from third-party platforms such as Twitch and Cameo.

In the end, Superstars had to give ownership of their accounts to the company, where they would receive a portion of the income generated from the platforms. The income would be deducted from their downside guarantee.

AJ Styles is very active on Twitch and he was certainly affected by this decision. He recently spoke to Inside The Ropes about the entire debacle.

During the interview, Styles revealed what happened when he, Sasha Banks and Xavier Woods had a meeting with Vince McMahon to discuss the banning of third-party platforms.

Styles was unhappy about what transpired in the meeting, but he said that he is a team player and that Vince McMahon is the captain. He will follow Vince’s McMahon’s lead as far as he is concerned.

Myself, Xavier Woods, and Sasha Banks had a sit-down meeting in Connecticut with Vince about this whole situation, and it was determined that it’s intellectual property, this is (points to his face). We do well, as far as the WWE, and if there’s an opportunity to pay back that money, that we work hard for it in different times, then we probably should.

I wasn’t happy about it, no one was. But, it is what it is. I’ll handle it the way I have to. I’m a team player, he is the captain, I’ll follow his lead as far as Vince is concerned.

Styles is scheduled to face off against Drew McIntyre for the WWE Championship at WWE TLC today.