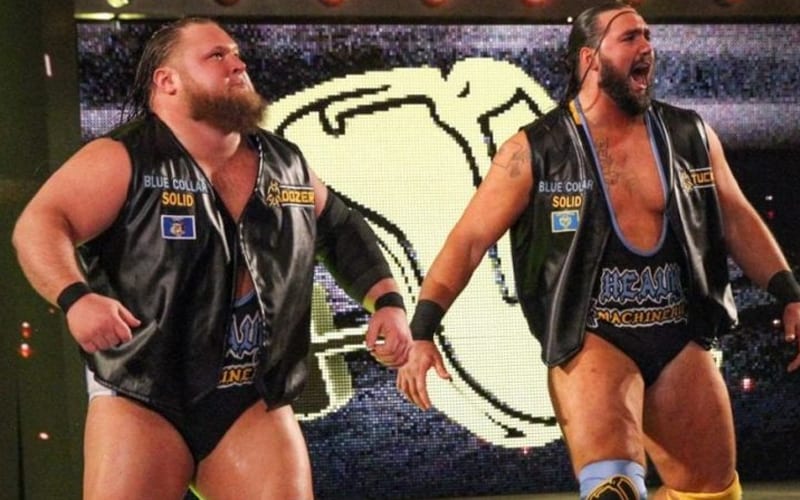 WWE will sometimes change up their plans without giving those involved much time to prepare. This happened to Heavy Machinery back when they were together.

According to Fightful, Heavy Machinery were called to do match when Liv Morgan vs Ember Moon was pulled. This occurrence, which happened 14 months ago, was documented in the Liv Forever WWE Network special.

It was reported that “there was a lot of ‘checking on’ Otis and Tucker following the match as WWE doesn’t like their wrestlers to perform without warning up,”

Otis and Tucker wrestled that quick match and they also gained “some favor in the locker room” for going out there in a pinch. They were also both apparently fine without having time to go out and work a match without warming up.