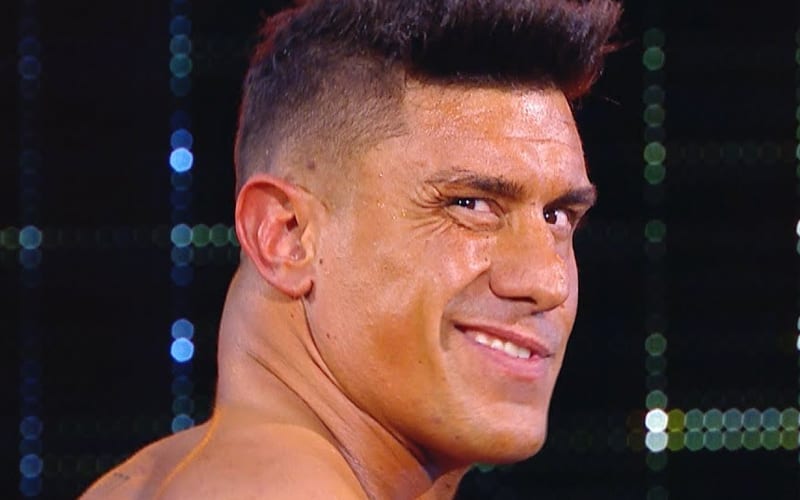 EC3 wanted to do something different in NXT, but he only got to do what was possible before Vince McMahon called him to the main roster. When EC3 left Impact Wrestling, he wanted to put a fresh coat of paint on his character, one that was already established after years of working on the top of TNA.

The former WWE Superstar spoke to The Chris Van Vliet Show where his original intentions for his NXT character came to light. He wanted to play a “hectic psycho boy,” almost like a cult leader.

NXT had something much different in mind for EC3, and he had to roll with it.

“So, coming from Impact, going back to NXT, I had a brand and identity. It was a little different. I don’t know if I would call the character a reboot because, obviously, some of the intangibles with the character will have to change being in the WWE Universe. But also, at the same time, it’s known. It’s popular. It’s a brand new identity, and I could expand on it within the realm. So, it would be cool.”

“Then again, I’m rehashing the best of it, and it never felt right and comfortable. I had this idea that I wanted to do – this new hectic, psycho boy. Sort of cult kind of leader, talking about evidence of truth, purpose, and finding yourself within the realms of combat and fighting. So, I pitched that. Instead of going with that, I wound up getting called up. Now, we’re rebooting a reboot that nobody has a vested interest in, and the rest is mediocre history.”

EC3 is now able to control his own narrative. That was not the case in WWE. He hit a few speedbumps along the way, and an ill-timed concussion that kept him out of action for far too long.

He had to miss ROH’s Final Battle after he was pulled due to a pre-travel COVID-19 screening. He promised to return to ROH where he will battle Jay Briscoe to find out if honor is real.