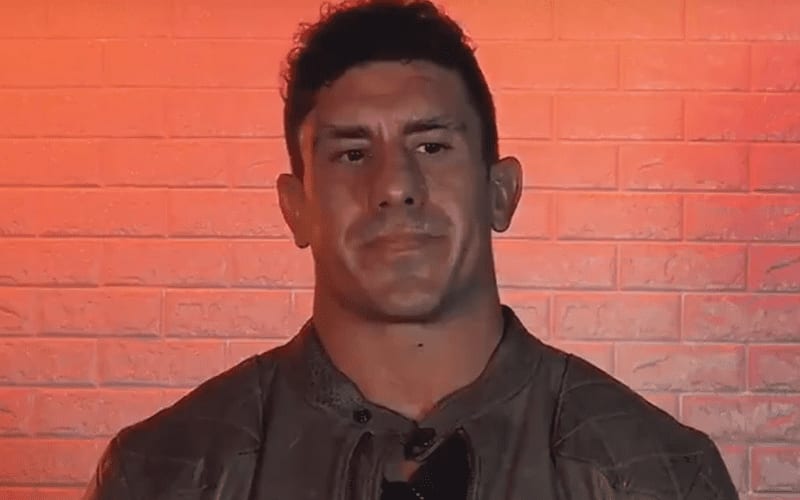 EC3 and a few others were pulled from ROH’s Final Battle event after the company conducted pre-travel COVID-19 screenings. EC3 will not be at Final Battle, and he is now opening up about his battle with COVID-19.

While speaking to Chris Van Vliet, EC3 discussed his current condition. He’s at the tail end of COVID-19, but he also infected his parents with the highly contagious virus.

“At this point, yeah, I have COVID. I’m at the tail end of it. It sucked a little bit. Some of it wasn’t bad. I’m healthy, so I’m fortunate. I infected my parents who were visiting me — oops! So they had to stay longer. So, I had no alone time and no solitude, which drove me nuts, but besides that we actually had a great time spending time together, so that’s cool.”

“I’m at the tail end of it and will be healthy, but Ring Of Honor caught it in the protocol of their testing. So, what they’re doing is working, and it’s working well and I will miss that match, and I don’t want to because I want to fight Jay Briscoe and I want to know if honor is real, and I do plan on finding out if honor is real in January.”

EC3 said that he’s over “a solid 90% of it.” He will be back in ROH to complete his rivalry with Jay Briscoe, but it won’t happen at Final Battle.

A vaccine is now being distributed, and that is a big step to ending this pandemic. Sadly, it infected far too many along the way. Thankfully, EC3 and his parents seemed to have beat it. Our thoughts go out to anyone suffering from an awful situation because of the virus.