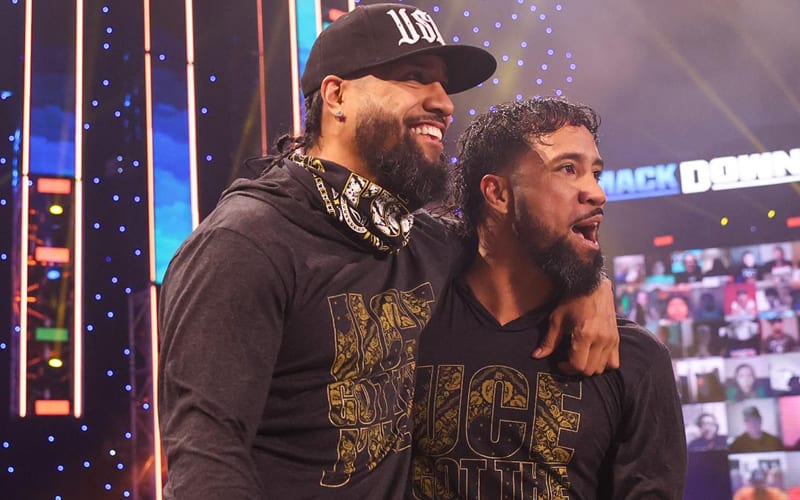 Roman Reigns and Jey Uso have worked a lot together on WWE television since Jimmy Uso was taken out of action with a knee injury. It is rare that WWE will utilize a tag team partner while the other is injured.

ProSieben MAXX recently spoke with Jey Uso about many things. During that conversation, Jey Uso brought up his brother. He was asked when fans should expect Jimmy Uso’s return, and Jey had good news to report.

“Definitely soon. January/February I’m going to say. He’s doing good, Uce. You know he’s been watching me every week. Inspiring him. You know he’s calling me after every SmackDown telling me what I did wrong, what was dope, just everything being a brother, man. I just can’t wait to have him out her on the road with me.”

It’s unclear when WWE will ever “get back on the road.” Odds are house show touring will never return like it once was.

The Usos will reunite, and Jimmy Uso can’t wait to get back into the ring. The biggest question might be how Jimmy will fit into his brother’s current angle with the Tribal Chief once he is fully cleared.