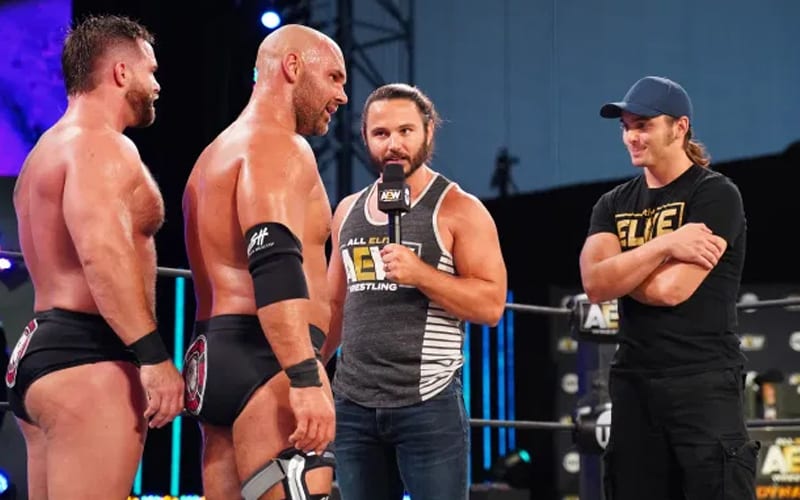 The Young Bucks won the AEW World Tag Team Titles from FTR at AEW Full Gear. The build was criticized by some fans because they didn’t have a lot of time to let it ride. In the end, it’s all about the match for the Young Bucks.

While speaking with The Walkway to Fight Club, The Young Bucks addressed fans who were critical of their program with FTR. Fans had waited for that match for over five years at that point, and it was finally happening. The end result is what they will remember in the end as Matt Jackson explained.

AEW signed long contracts with AEW and odds are they will tangle with The Young Bucks many more times to come. We’ll have to see how soon that can happen, but fans will likely get additional chances to see what kind of stories AEW can build around future FTR and Young Bucks angles.