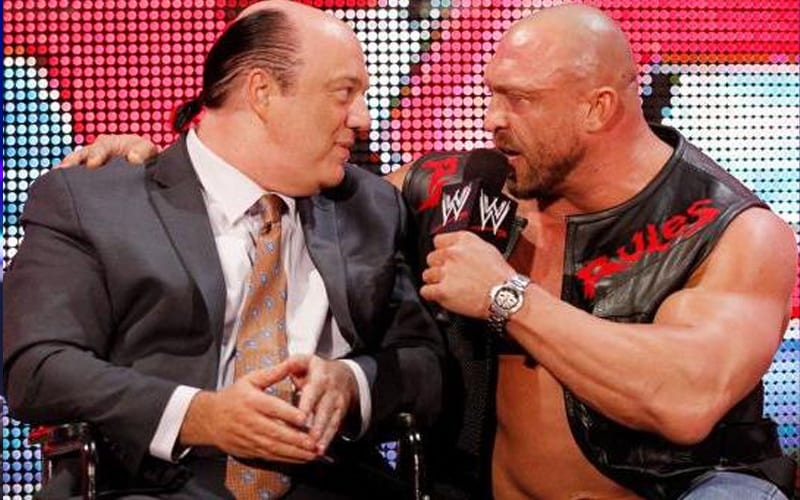 WWE has paired Paul Heyman up with several people through the years. Ryback had the advocate’s services for a bit, but that didn’t last long. They went their separate ways, but Ryback didn’t want to be paired with Heyman to begin with.

The Angle Podcast recently spoke to The Big Guy where he revealed that he didn’t want Heyman as his Advocate. Ryback said he could talk for himself, and he didn’t need a mouthpiece.

He admitted to filling a spot that was never intended to be long term. There was no plan or big goal in mind either.

“I filled a spot for CM Punk but it was never long term. It was keep Paul on TV and his thing with Curtis Axel ran out shorter than he was expecting. There was never an explanation. It was never we’re putting you with Paul and this is the goal. They don’t know any of that there.”

Paul Heyman is still on SmackDown every week as Special Council to the Tribal Chief. His skills on the microphone can do a lot to get a Superstar over, but Ryback didn’t feel like he needed Heyman’s services.