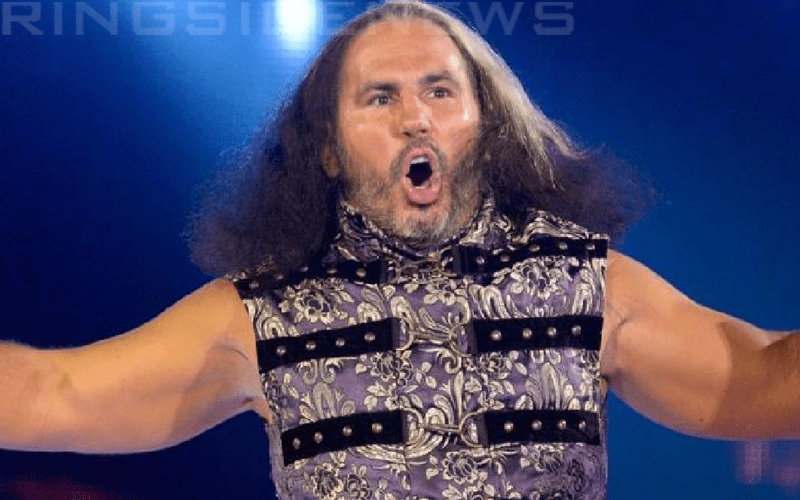 Matt Hardy has continued to reinvent himself in the world of professional wrestling. He gave birth to his ‘Broken’ gimmick in Impact Wrestling and it is arguably his most popular gimmick till date.

Hardy was involved in a lot of bizarre storylines during his time in the company. He pushed the envelope when it came to cinematic storylines around that time, but it seems he might have been able to take it to the next level.

Garrett Kidney took to Twitter and said Matt Hardy was pitched an idea that would have seen him deleting the entirety of TNA Wrestling.

This was expected to happen at the end of Apocalypto and would have seen the rebranding of the company.

There was a pitch at the time that at the end of Apocalypto, Matt Hardy would DELETE all of TNA to facilitate a rebrand.

Hardy replied to Kidney’s tweet and confirmed what he said to be the truth.

We wonder how the company would have booked the storyline, had it been approved.

Would you have liked to see this storyline? Let us know in the comments below!