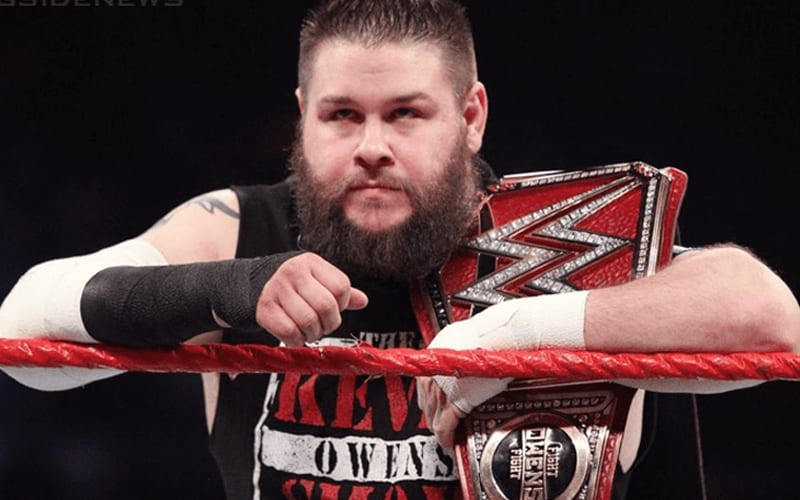 Kevin Owens has a Universal Title shot at TLC this Sunday. We will have full coverage here at Ringside News. Owens held the Universal Title in the past, but his reign was a bit disappointing.

While speaking to WWE The Bump, Kevin Owens brought up his indie roots and everything he put his body through prior to his entrance in WWE. He gave 100% in those matches that maybe 100 people saw at the time. WWE TLC is going to bring even more intensity as he frights to redeem a Universal Title reign that didn’t turn out like he hoped it would.

“If I was willing to go through those things when I was getting 75 bucks, trying to make sure that it’s a good match that maybe 100 people will see. Imagine what I’ll do when the Universal Title is on the line. When it’s TLC, there’s millions of people watching. The way this issues has turned out with Roman and I, there’s nothing I’m willing to stop at to win this match and make things right, you know? Because the Universal Title reign that I had before, it’s not what I wish it would have been. So, maybe there’s a chance here for redemption as well in that aspect.”

Kevin Owens and Roman Reigns will meet inside the ThunderDome on December 20th. WWE TLC is bound to be a brutal event, and the Universal Title match is a top contender to cap off the night, especially with the stories they have told leading up to the event.