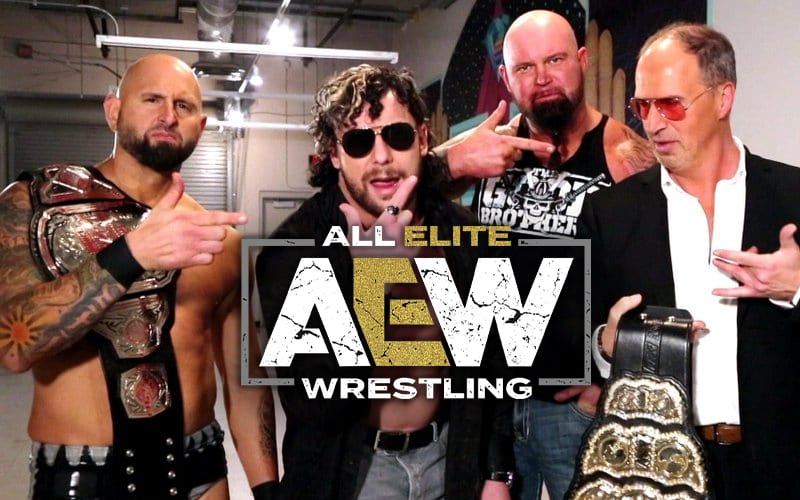 AEW Dynamite will bring another show to TNT this week, and it could be an unpredictable episode. Kenny Omega has been stopping by Impact Wrestling long enough, and they might just return the favor.

Kenny Omega is set to team with Karl Anderson and Doc Gallows at Impact Wrestling’s Hard To Kill event event. The Machine Gun tweeted out a little tease that he might just stop by to see what Dynamite is all about.

.. @AEW tonight at 8 pm EST , who knows what will happen in Jacksonville..

Doc Gallows replied to The Machine Gun. He took things a step further and dropped a reference to the Bullet Club reuniting on AEW Dynamite tonight. “Florida is #BulletClub Country,” he tweeted.

This could be a very big episode of AEW Dynamite as they wrap up the year. We will have full coverage right here at Ringside News!