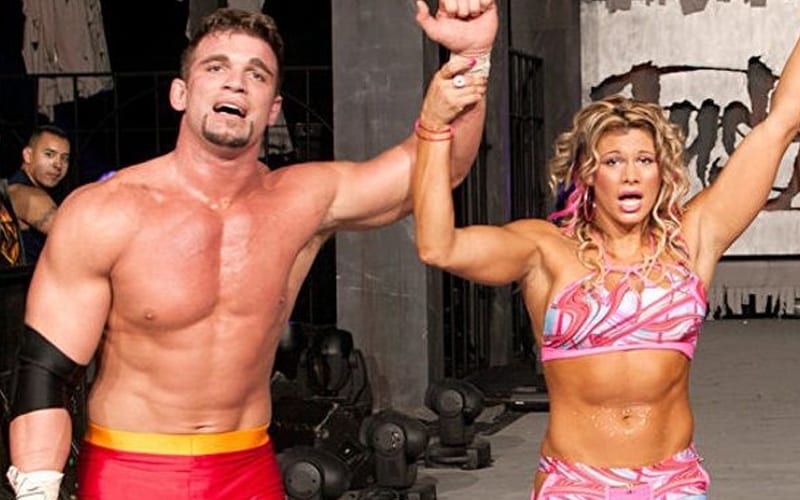 Charlie Haas and Jackie Gayda were a pro wrestling couple that made it work for a long time, but their union came to an end. He recently spoke to Hannibal about how hard that divorce was for himself, and their children.

Haas said he is over the worst part now, but the experience was a very hard one to go through.

“I’ve been out of the business about two years, went through a divorce, which was really tough for me and the kids.”

The former Team Angle member said that he’s back on his feet running a youth wrestling program in Texas. He seems to really enjoy himself there and the team has seen a lot of success along the way. He’s wrestling now, but on an amateur level.

“I’m back on my feet. I run a youth wrestling program out of Allen, Texas. Allen High School. They’re going for their 13th straight State title. They’re a top ten team in the country. I run the youth program that pushes all those kids into that program. I’m in the room everyday, wrestling, conditioning with kids from anywhere from kindergarten all the way up to high school, to college kids and drop-bys. I’m actually wrestling amateur, and wrestling the way I did when I was in college. So, in order for me do that, I had to drop weight, I’m at 215 right now. It’s a different look, but it fits me, so I’m happy where I’m at.”

Divorces are never easy, and Charlie Haas can attest to that. He seems to have found a good outlet for his abilities as he continues in his life after marriage and WWE.

Thanks to ITR Wrestling for the quote