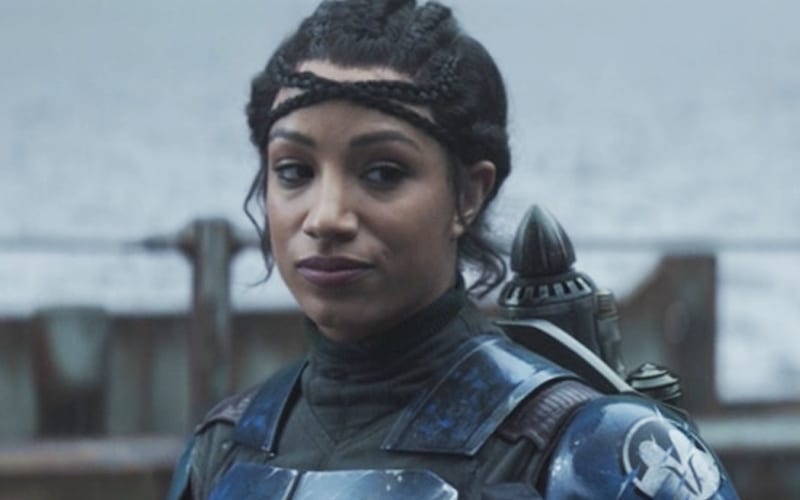 Sasha Banks’ first credited role, under her real name Mercedes Varnado, was in Star Wars’ “The Mandalorian.” This was quite a first step into the acting world, and she’s still pinching herself to this day over the role.

ProSieben MAXX recently spoke to Sasha Banks about her role in the Star Wars’ universe. She retold the story of Jon Favreau calling her after seeing her spot on Hot Ones. You can check out the episode that landed Banks the role below.

“He watched me on Hot Ones. So, if you watched Hot Ones, I said that I’m a WWE Superstar. So he said he loved my personality on that and he wanted to write a role for me. I was just honestly in such shock that I’m still, to this day, pinching myself that I was even in a Star Wars episode. It’s just so surreal. It’s so crazy, but it’s such an honor as well. If you have a dream, anything can happen. Let the universe guide you.”

Sasha Banks said that she didn’t need any acting lessons for the role, or any other part. Favreau wanted her for the part, and he wrote it specifically with her in mind.

She has also acted for WWE on live television for years. This prepared her for anything because, as she put it, “when you work for the WWE, you have everything that you need.”

Sasha Banks is needed by WWE, so it’s not likely that they will be totally okay with losing The Boss for a long stint for an extensive shoot. She was able to make things work so her acting career could start in a galaxy far, far away.

Thanks to her experience in WWE, she didn’t need any previous acting classes.