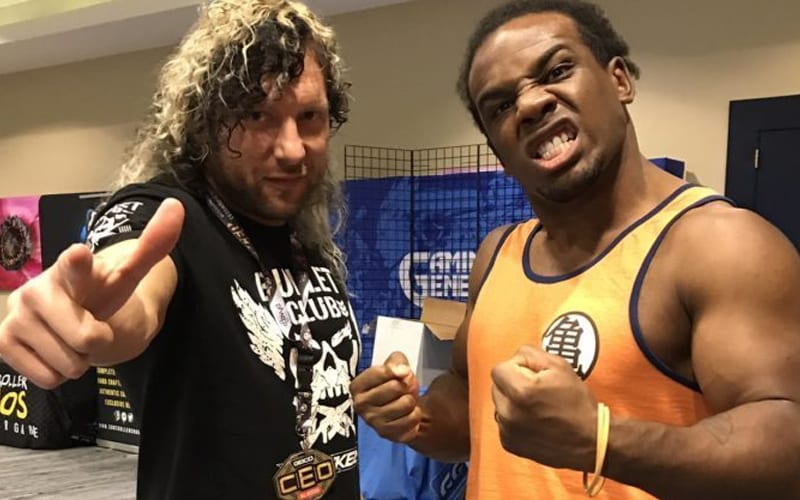 2020 is winding down and WWE put out a pretty great video where Drew McIntyre and 2021 kick 2020 to the curb. This animated version of 2020, made up to look like the Mucinex monster for some reason, generated a lot of reactions throughout the Internet Wrestling Community.

Kenny Omega read “awe” incorrectly at first, and he rearranged some letters. After realizing that Xavier Woods didn’t just say: “I stand in complete AEW,” The Cleaner replied saying:

I thought I read that wrong and almost asked for my release.

Kenny Omega is living it up with his new heel gimmick. He was able to give Woods a bit of a hard time in the process.

Xavier Woods might make a good fit for AEW, but the entire New Day signed identical five-year deals last year. So, it will be some time before Omega really has to worry about Xavier Woods coming to AEW.