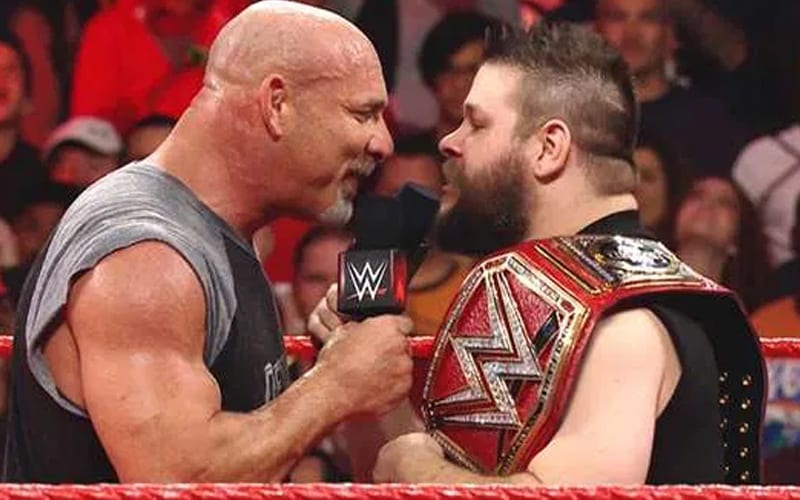 Kevin Owens almost made it to WrestleMania 33 as WWE Universal Champion. Then Chris Jericho booked his best friend, at the time, in a match against Goldberg at Fastlane in 2017. That match didn’t go Owens’ way, but he wants a rematch.

I’d love to work with him again if he was here to work. I’m not saying this is his fault, but he’s not – his career has never been about long matches or anything like that. To me, I don’t see much positive out of wrestling him for two minutes, or 20 seconds or 30 seconds or whatever, you know what I mean? I’d love to work with him again if you got to do a story beyond – all we did was, what, two weeks, maybe three weeks? If we got to do some cool stuff, and some cool promos, exchange back and forth, and then have a quality match, that’d be great. But that’s just not usually what he’s here for.

Goldberg made it clear that Roman Reigns is next for him. Kevin Owens is actually next for Reigns as the two have a match at TLC on December 20th. We’ll have to see if Goldberg makes his big return any time soon. In the meantime, Kevin Owens seems open to facing him again under the right circumstances.