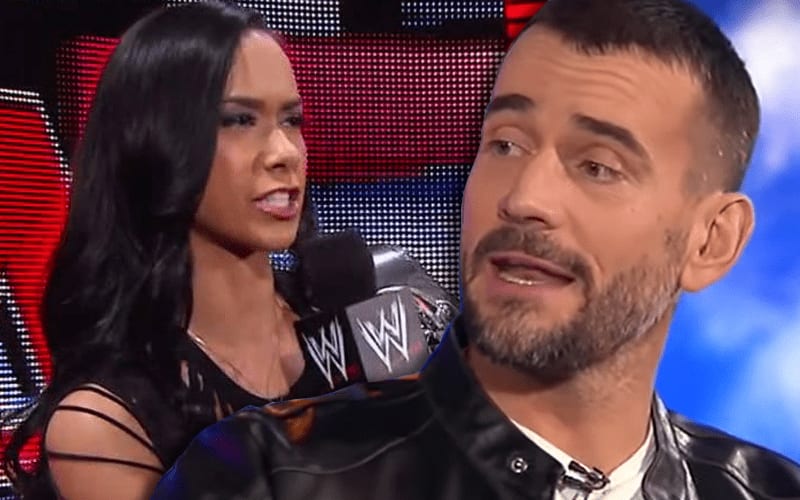 AJ Lee stayed in WWE for over a year after CM Punk walked out of the company. This was a stressful time as he as eventually suspended and his contract was frozen. A lot of fans wanted him to return to WWE, and his wife might have been in that boat too.

While speaking to Oral Sessions with Renee Young, CM Punk briefly detailed the fights that he had with AJ Lee at the time. They were not even married yet, as WWE gave Punk his official release on the day of his wedding.

Punk said that there was a lot of “manifestation of me being angry.” It was also hard on AJ Lee because she kept going with WWE even after she injured her neck. In the end, it just made them stronger as a couple.

“I don’t know if anything changed. It was just hard. Being sued by this company. There were probably like a lot of arguments, a lot of fights that were a manifestation of me being angry. It was hard on her ’cause she was still working there, and also her neck got messed up, there was a lot going on. But obviously it made us stronger.”

CM Punk and AJ Lee have since left WWE. AJ Lee is writing a lot, and she has some very exciting projects on the way that Punk couldn’t talk about. He could only hint that they were in the television and film industry.

We’ll have to see if either Punk or AJ Lee decide to make a return to the squared circle. Right now they seem to be getting along much better without that added stress in their relationship.