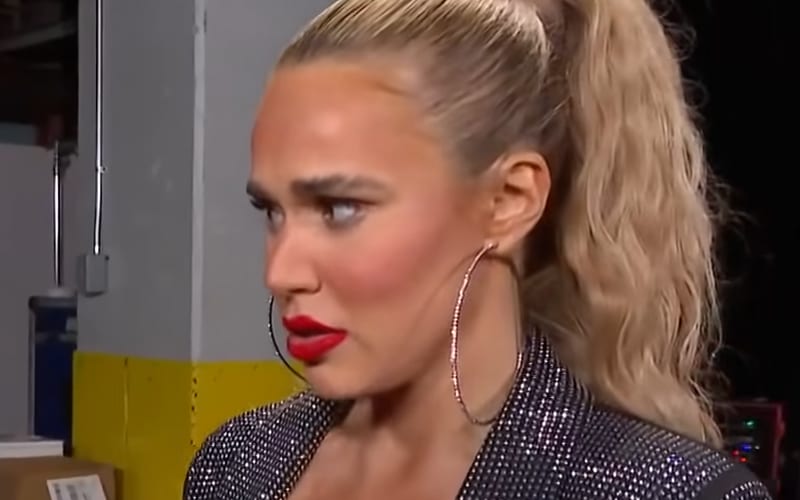 Lana and Asuka are set to take on the WWE Women’s Tag Team Champions Nia Jax and Shayna Baszler at WWE TLC on December 20th. Lana is as ready as she’ll ever be for it.

The Ravishing Russian dropped a new video online where she vented a bit to fans. She mentioned the “whiners and complainers,” while showing photos of Jax and Baszler, who are saying that she is not prepared for TLC.

“The reality is that I’m probably not ready for this match,” Lana confirmed. She admitted to not being as experienced as the others wrestlers in the match. Then Lana said that the “ass whooping” she’s bound to get at TLC will also be a very happy day for her.

Lana can’t wait for WWE TLC to see if she’s good enough to stand side-by-side with those other champions. WWE is building Lana up to be a babyface, but only time will tell how big of a long term push she’s going to get out of the situation.