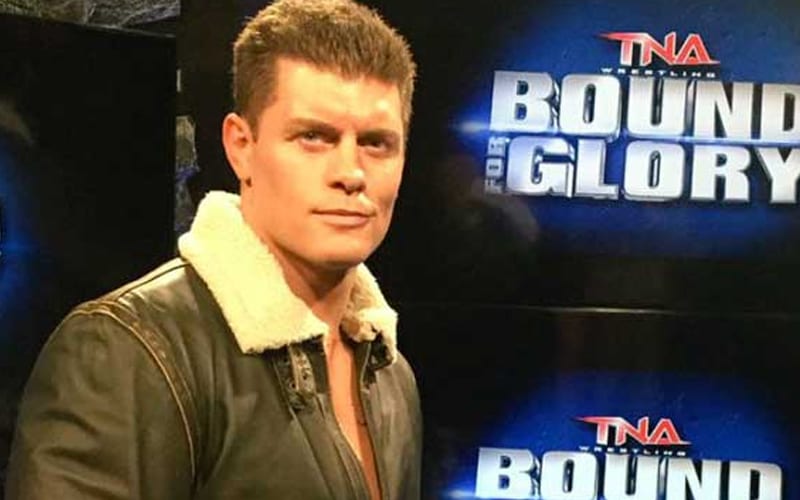 Cody Rhodes spent a very short amount of time with Impact Wrestling after he left WWE. He was still getting his feet under after leaving WWE, but it didn’t take him very long to figure things out.

One fan tweeted out to Cody saying that 2016 was wild. Rhodes was only with Impact for 2016 into 2017. Rhodes replied back and revealed some very interesting tidbits about his time there.

I was genuinely only there 2 days as a favor to Josh M and to help my Wife get started. Nice lil’ experience.

The team Canada guy gave away my parking spot to ADR. I then committed to ROH, Bucks and I did All In…and the rest is history.

My pettiness has led to greatness ha.