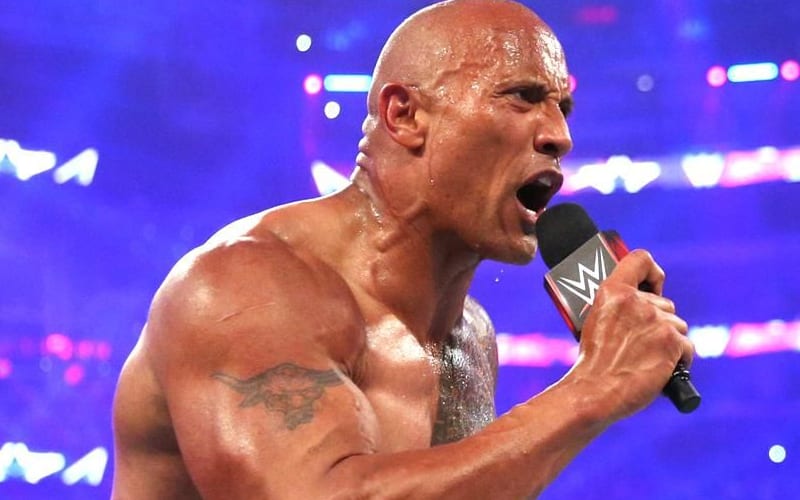 The Rock has not wrestled since a six-second match against Erick Rowan at WrestleMania 32 that was more of a special appearance than a match for Dwayne Johnson. There are rumors that he will be back for WrestleMania 37, but that’s not happening.

Ringside News exclusively reported that The Rock is not wrestling at WrestleMania next year. He isn’t closing the door on that possibility for 2022.

According to the Wrestling Observer Newsletter, The Rock has brought up the idea of coming back to have a match against Roman Reigns in 2022. That is a long way off, and the Great One would be 49 by then.

This entire situation is up to The Rock. If he is able to clear up his schedule and come back to WWE tomorrow, then Vince McMahon would change all of his plans and insert The Rock into them. At this point, that’s just not happening.

WWE creative is not considering The Rock at all for WrestleMania this year. Fans will continue to hope that his name comes up, but it’s not likely for 2021. You can check out The Rock’s last WrestleMania “match” below.