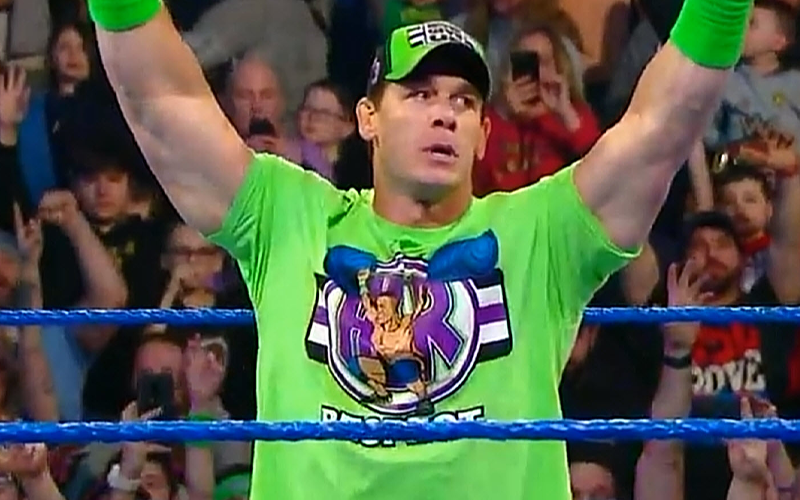 John Cena is a 16-time World Champion in WWE and had been the face of the company for over a decade. He competed in several high profile feuds during that time and is arguably the most popular Superstar in the company’s history.

During the latest episode of Arn Anderson’s podcast ARN, Anderson and Conrad Thompson discussed the WWE TLC 2015 pay-per-view. They also discussed some of the behind-the-scenes news from that time.

Around that time John Cena was slowly transitioning away from being a full-time WWE Superstar. Arn Anderson explained why Cena was at the absolute top of the company for so long.

“I think he does get credit and it pisses a lot of people off to admit it. A lot of them are there to see John and his opponent. God knows the kids are there. One thing that is crystal clear is that in an era that this is an adult male sport, the kids will still come out to see somebody that is their hero and John is definitely that guy.

That’s for sure. It is incredible that for 10 years, he can sit atop a company that has that many stars and runs that many shows. 10 years is a hell of a run consecutively. A couple of things that play into that is John is very dependable. John never missed a match or a house show. He is durable. He never got hurt very often. If you bought a ticket to see John, you didn’t get there and say he was injured at RAW so we are going to make a proper change to the card. You didn’t have any of that and that means a lot to the fans.”

Cena last competed at WrestleMania 36 this year against Bray Wyatt in a Firefly Funhouse match, where he lost to Wyatt. Since then he has been very busy with his life as a Hollywood actor. He also got married to Shay Shariatzadeh in October of this year.

Cena made it clear in the past that his in-ring career is far from over, so we will have to see when he returns to WWE.