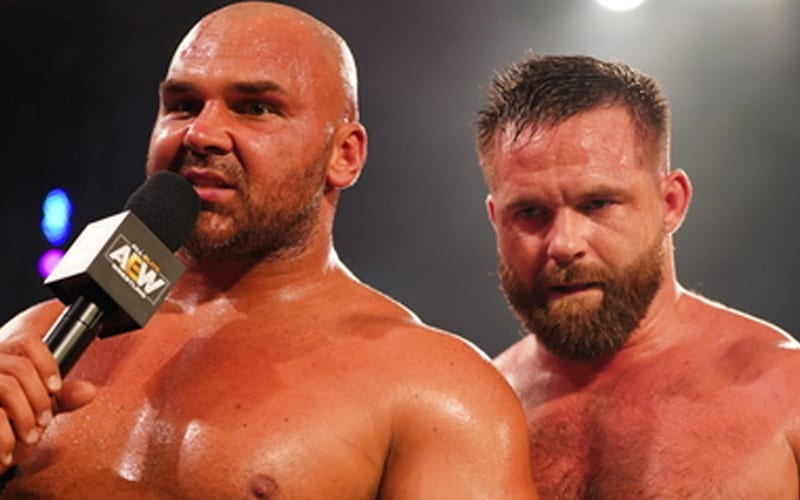 FTR lost the AEW World Tag Team Championships after they were defeated by The Young Bucks at AEW Full Gear. However, that has done little in stopping their momentum as they are determined to reclaim the titles once again.

After their dominant win on this week’s episode of AEW Dynamite, it seems a possible program between FTR and The Jurassic Express was teased as Cash Wheeler responded to Jungle Boy on social media. Now it seems they engaged in a Twitter war with Marko Stunt.

Marko Stunt took to Twitter, where he showed he does not fear FTR. He said he will slap both members of FTR and their manager Tully Blanchard as well.

Big bad FTR right? I’ll slap both of you and your stupid manager right in your oversized faces, and laugh about it #AEWDynamite@DaxFTR@CashWheelerFTR

Dax Harwood certainly saw his tweet and then decided to mention Jim Cornette’s opinion of Stunt.

Cornette’s right. You don’t belong in the wrestling business.

Stunt said the following as a reply:

Don’t worry though. We can get in there, and you may be the better wrestler at the moment, and I hope you do push me to my limit, but you’re gonna walk out of that match knowing who the hell I am, and why the hell I belong.

Cash Wheeler also took a shot at Stunt as he made fun of his small stature by saying: ”Everything is oversized to you.”

Stunt then said he will embarrass the two of them when they step into the ring together.

Here’s news for ya. I know you guys are some of the best. I also know, that when you get in there it’s all a facade. I’m gonna embarrass you

We will have to see when the two teams battle it out inside the squared circle.