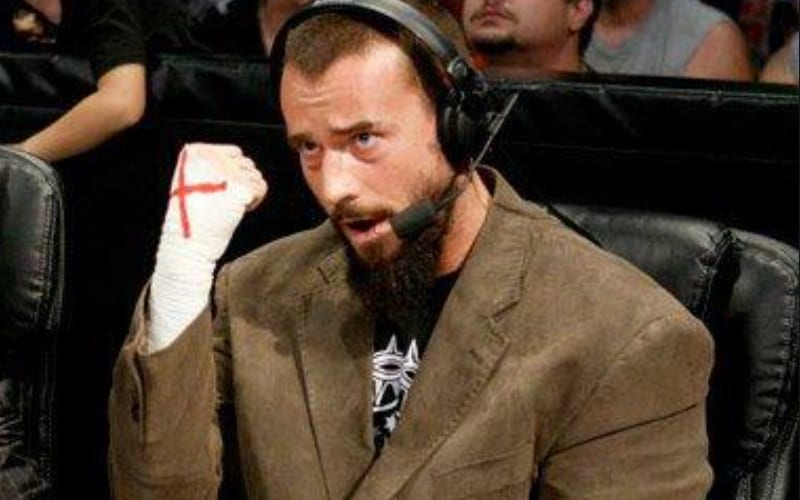 CM Punk was arguably one of the most over Superstars during his time in WWE. He had a bitter fallout with the company, which made him leave after the Royal Rumble in 2014.

During his time in the company, apart from competing in the ring, he also occasionally sat as part of the commentary team. Punk recently spoke to Renee Paquette on her Oral Sessions podcast.

The Second City Saint revealed how he once ignored Vince McMahon while on commentary. Punk mentioned that he “narrowly avoided surgery” following a muscle tear he suffered during a match against Edge.

While he was still recovering from the injury, Vince McMahon told him to sit as part of the commentary team. Punk said the reason why he reduced the volume on his headset was when McMahon was screaming at him during commentary.

“So I get home, and Vince calls me” “And he’s like, ‘I heard you didn’t need surgery. That’s great, sending you a plane ticket. We’re going to have you do commentary until your ring ready,’ and I was bummed because I didn’t want to fly. And I remember the first night on commentary, Vince started yelling in my headset, and I elbowed Lawler. I wrote a note to him. I was like, ‘which is the volume button?’ And he pointed to it, and I turned it all the way down. When we took the headsets off after the show, I was like, ‘Did you not know you could do that?’ He’s like, ‘I mean, I knew I could do that. We’re going to get yelled at.’ Vince never said anything to me.”

Punk said that being yelled at by McMahon during his time as a commentator did not help him whatsoever, which is why he muted McMahon from his headset.

Since Punk’s WWE departure, he competed in the UFC as a professional fighter and also took part in other projects. The former WWE Champion also came back as an occasional guest on WWE Backstage as part of the FOX Network.