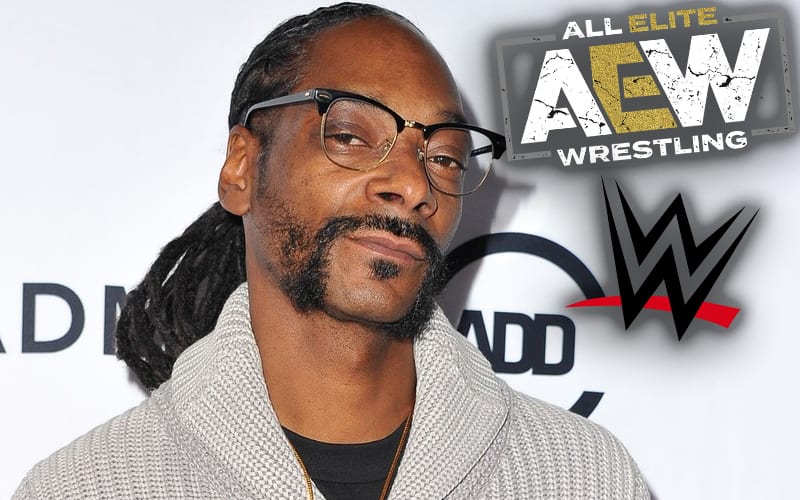 December 23rd will see AEW Dynamite present “Holiday Bash” immediately following the Boston Celtics and Milwaukee Bucks game. December 30th will see AEW hold night one of New Year’s Smash. They will follow that up the next week with night two of New Year’s Smash on January 6th. The second night will include an appearance from Snoop Dogg.

During Wrestling Observer Radio, Bryan Alvarez noted that there are people in WWE who are not happy at all about AEW getting Snoop Dogg.

“Regarding Snoop Dogg, I do know there are people in WWE who are very upset that Snoop is appearing on AEW Dynamite.”

Snoop Dogg is a judge on the upcoming Go Big Show on TNT. Cody Rhodes is also a judge on that show, so that is an obvious connection.

Snoop Dogg on AEW Dynamite will not only be a way to promote that new TNT show, but it has apparently upset some in WWE as well. We’ll have to see what he ends up doing.